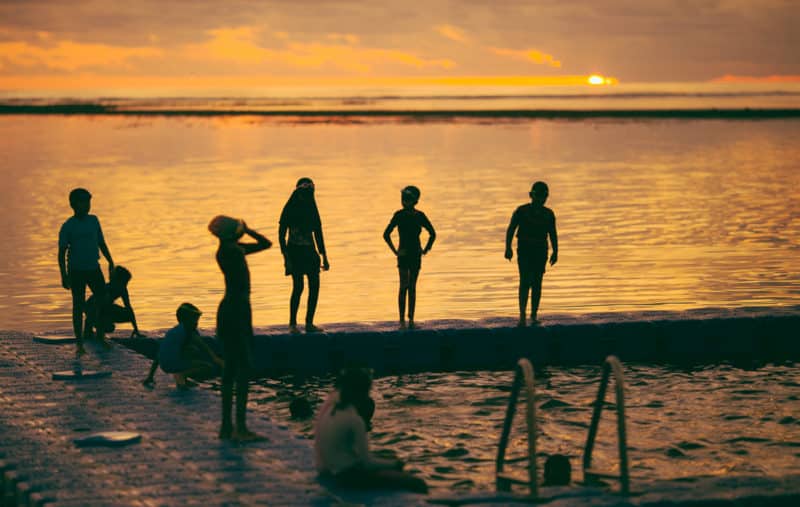 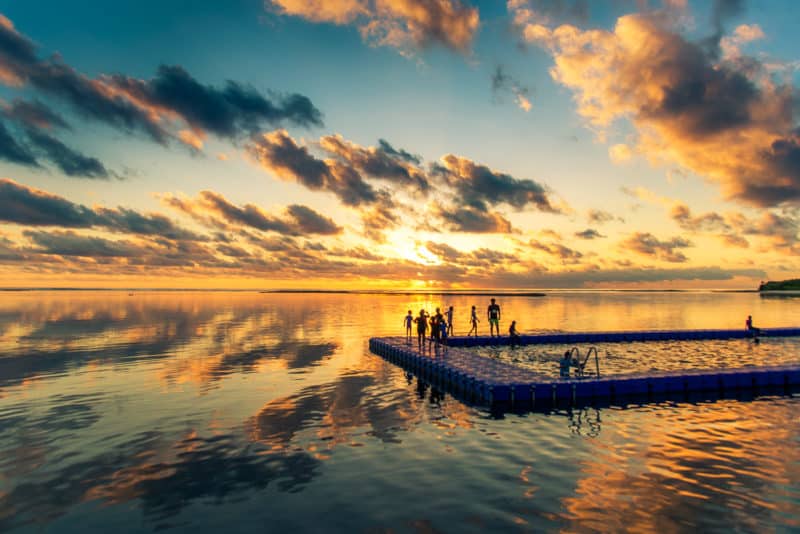 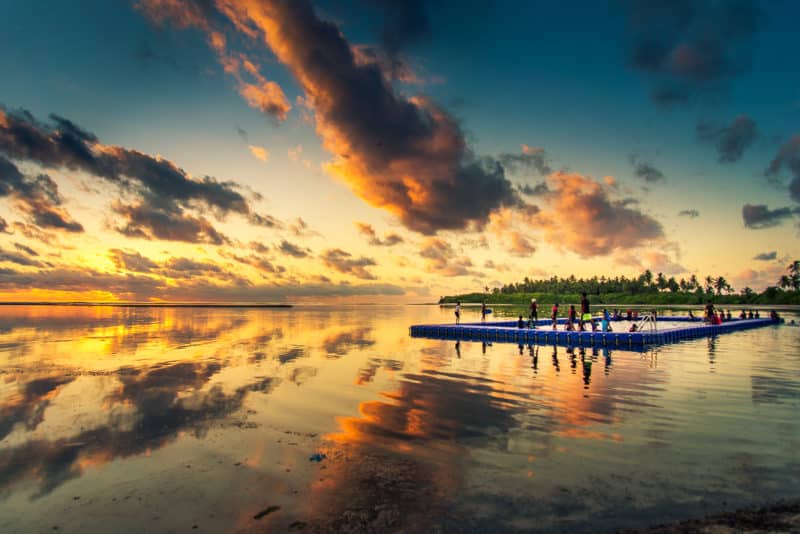 In a nation that is almost entirely water, a Maldivian who doesn’t swim seems a bit like a Brazilian who can’t dance, or an Englishman who doesn’t like tea; out of their element.

Swimming for business and pleasure has long been a part of life in the islands, though recent developments have meant that more and more people in the country are confined to the land.

Despite its obvious importance, swimming lessons are not mandatory in schools; not elementary in elementary. Many, when asked if they can swim, will shake their heads before offering, “but I can float” (a skill underrated until you’ve seen someone carried off by the current, calmly awaiting rescue).

…to speake truly, they are as it were halfe fishes, they are so used to the Sea…

Traditional gender roles mean that women are more likely to rely on ‘floating’ than men (though Pyrard remarked that women could often swim better than men). The reduced importance of fishing, and massive migration to the capital is also further reducing opportunities for swimming. The tragic drowning of four school girls and their principal in 2011 brought further calls for ‘every child swims’ policies, although private tuition remains the best option for those who can afford it.

Swim tracks (such as the one pictured here, in Addu) are found in Male’ and Hulhumale’ – home to one third of the population – though their close proximity to the islands’ untreated sewage makes them potential health hazards. There are no swimming pools outside of the resorts.

Ear and eye infections are common complaints of those who regularly use the Male’ swim track, the analysis of whose water draws comparison with swimming in a septic tank. The recently-opened artificial beach, Ras Fannu, has fallen into the same funk, while the last picnic island available to Male’s swimmers was recently turned into a resort.

The ocean is an elemental part of life and leisure in the islands, suggesting a society that is increasingly at odds with its surroundings.

But Maldivians can always float…