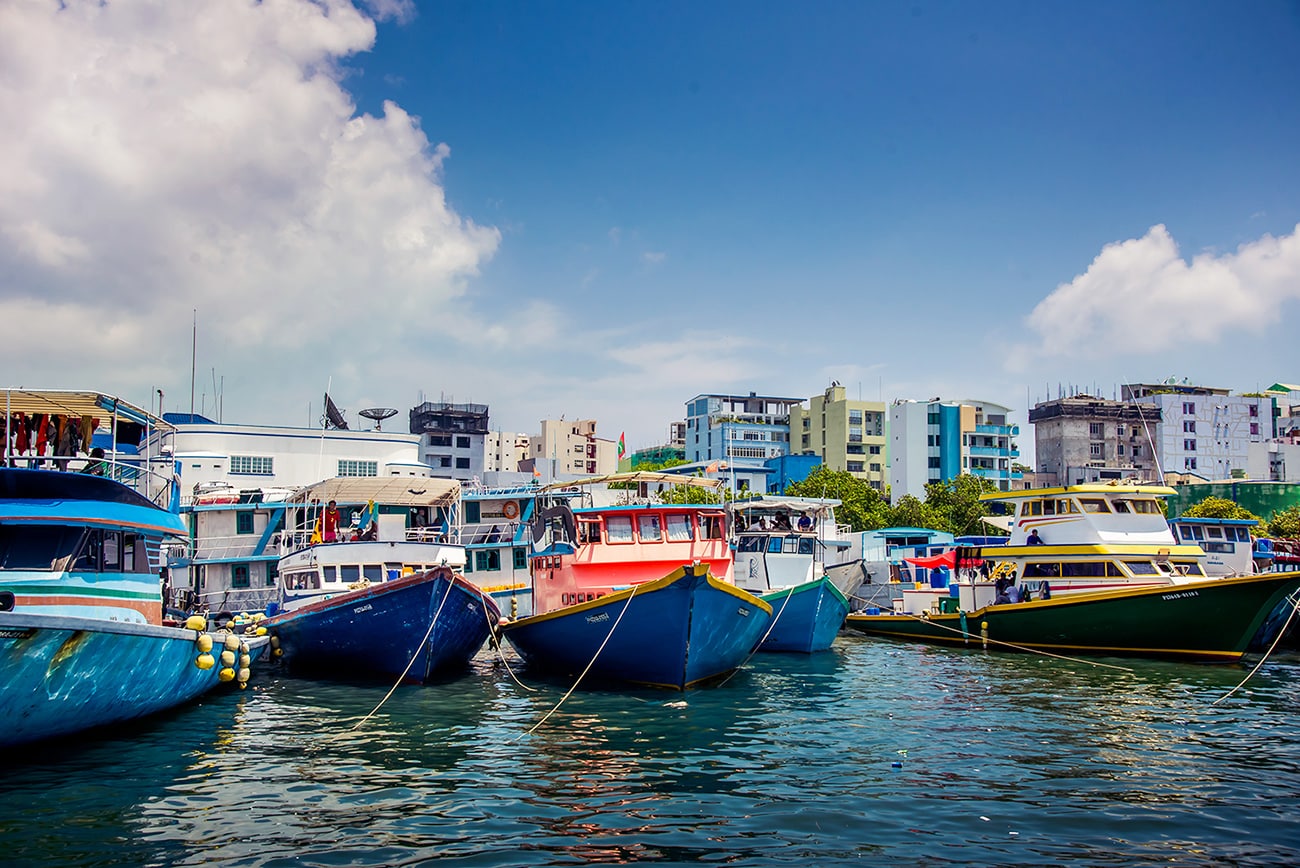 Aiman sealed the final box and slung it down with the others, all marked ‘Fathisge’ – his neighbours’ house.

A taxi arrived to take him through the choked streets to the north side of Male, where he was met by more packages for friends and family before the six-hour ferry to his atoll.

How they knew he was heading back, he had no idea. After being granted two weeks’ leave during the resort’s low season, he had planned to stay in Male at a friend’s before a medical emergency had relocated half a small island to the room he was to use.

Being nominated island courier had not lightened his mood, reminding him why he had been avoiding trips home. The isolation, the same old faces, the same tired stories, and the lack of privacy. Above all, there was growing feeling of being far from the action, far from where life was.

“I’ll be going crazy after two days”, he muttered to himself as he hauled the packages onto the flaking dhoni. “Grandpa’s fishing stories, mother’s religious lectures. Everyone in your business. Always the same.”

The air inside the cabin was a stale brew of fish and onions. A motorcycle drove up the ramp and down the aisle, bringing a whiff of petrol before a sudden gust cleared the decks. Neighbouring boats jostled for position in the crowded quay, squeaking at one another as their buoys kept the peace.

Aiman settled down onto an empty bench, hoping he might get it all to himself before an elderly couple nestled beside him. The man wore a mundhu, his wife a loose libaas and a burqa fastened tightly at the neck. On the back of her hand was medical tape.

“So, you’re living in Male now?”, grunted the man after a few moments.

Slightly taken aback, Aiman replied: “No, I’m working on a resort,” realising mid-sentence that the couple lived on the next street from his parents.

“Yes, his mother told me all about it,’’ squawked the old lady, her voice out of proportion to her tiny frame. “But when are you getting married?”

His phone buzzed in his pocket: ‘Kaafa says this nakaiy is a rough one, make sure you say your dhaturu dhuaa. Ma xx’, read the text message.

His eyes rolled as the boat did the same, chugging away from the capital, past the cluster of resort islands and across the sparkling lagoon.

He wanted to get off. 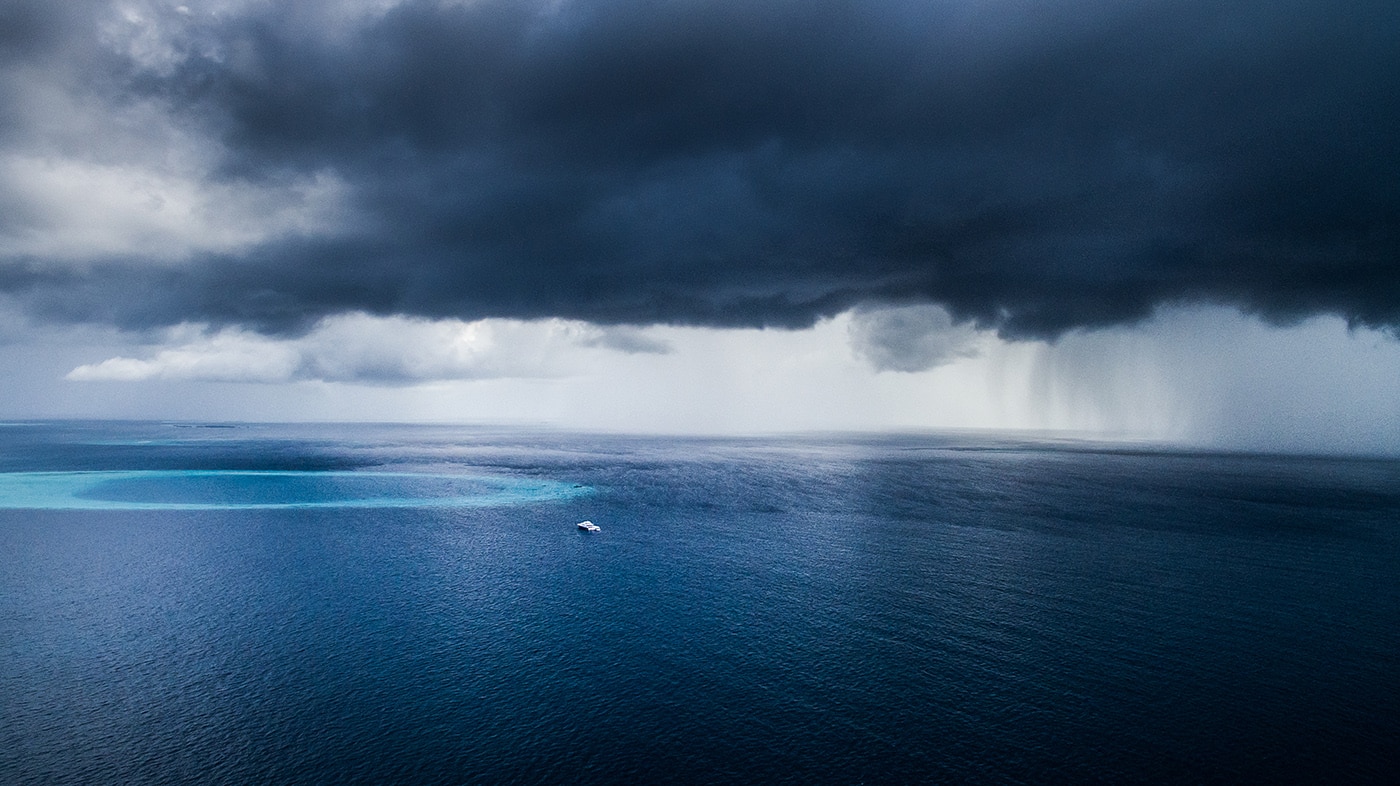 The weather was calm as Aiman buried himself in his phone, hiding from further prying by his fellow travellers. He checked Facebook, seeing status updates from his new colleagues – others had flown home to Manilla, Bangkok, and Delhi during the quiet summer months. He tapped out a few insincere ‘likes’ before sharing a ‘fuck my life’ meme.

News of a severe weather warning appeared on his timeline just as the connection was lost, bringing him out of his trance to a scene far different from the one he’d left. The blue had been blotted out by thick clouds of grey. The muffled sun had conceded the sky.

The loading arrow on Aiman’s screen span as the dhoni wandered out of the atoll and into the angry channel.

Ten minutes passed and all signs of life had disappeared. Island, sun and horizon were consumed by black clouds and blacker sea. The crew busied themselves with unfurling the plastic sheets over doorways as the skies let go their load.

Fellow passengers clung tightly to their seats as the dhoni struck wild angles on the careless waves. Three men tried to hold the motorbike steady as the huge ocean crashed against the plastic windows.

Aiman heard someone vomiting a few seats back as the smallest children began to cry – soon followed by the not so small. Husbands’ and fathers’ reassuring smiles gave way to gritted teeth and knitted brows as the sea writhed beneath them.

Hoping for reassurance, he glanced at the the old couple. Their faces were sharply contrasted with the rest; calm and focused, eyes closed as they gently mumbled the prayer his mother had urged upon him.

Aiman joined in. He thought less of Male and his work friends, more of those waiting for him beyond the storm. He wanted to be nowhere else on earth. The differences between island and city life paled as the fragility of all three loomed on every swell.

Shouts from the crew were barely audible as the bike toppled over, taking two men to the deck with it. A third stumbled to the wheelhouse, though the captain’s animated response left no one in doubt as to the nature of the conversation. They were not turning back.

Aiman closed his eyes. Was this his life flashing before his eyes, he thought. All he could think of was home. 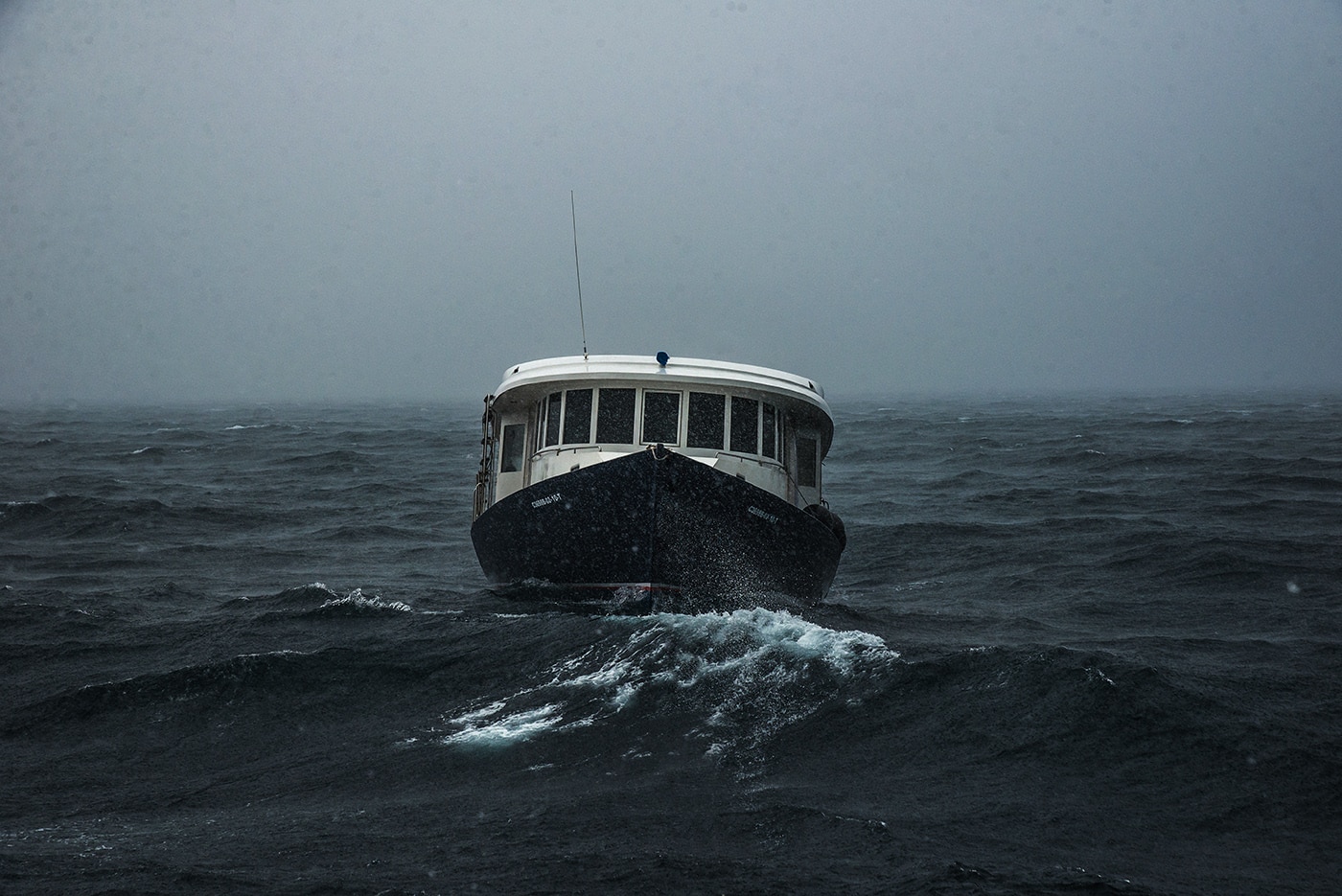 After what seemed like hours, islands were spotted beyond the rolling troughs. The skies began to clear just as they passed the outer reef, with all on board lost in exhausted reflection.

The whole island seemed to be waiting at the jetty as the ferry drifted into the placid harbour. The sun gave up its fight against the remaining clouds for another day as the dishevelled cargo shuffled gratefully onto the warm sand.

Shop owners packed the boxes of onions and dried goods onto carts, the motorbike rolled off the ramp and was released into the streets, and the old couple shuffled off down the nearest goalhi – hand in hand.

That evening, Aiman sat and listened to his grandfather’s tales on the joali – absorbing every detail. He lost himself in the well-worn stories of giant fish and raging storms as familiar folk padded silently up and down the soft lanes.

The next morning he rose early to go to the mosque with his uncles, without his mother’s usual prodding. On the way home, he passed old ladies who delved into his business as thoroughly as they swept the streets. He fed a couple of stories into the rumour mill before joining his younger brother for a game of football.

For the next two weeks he rode the calm currents of the island. Safe from the storms in the middle of life. 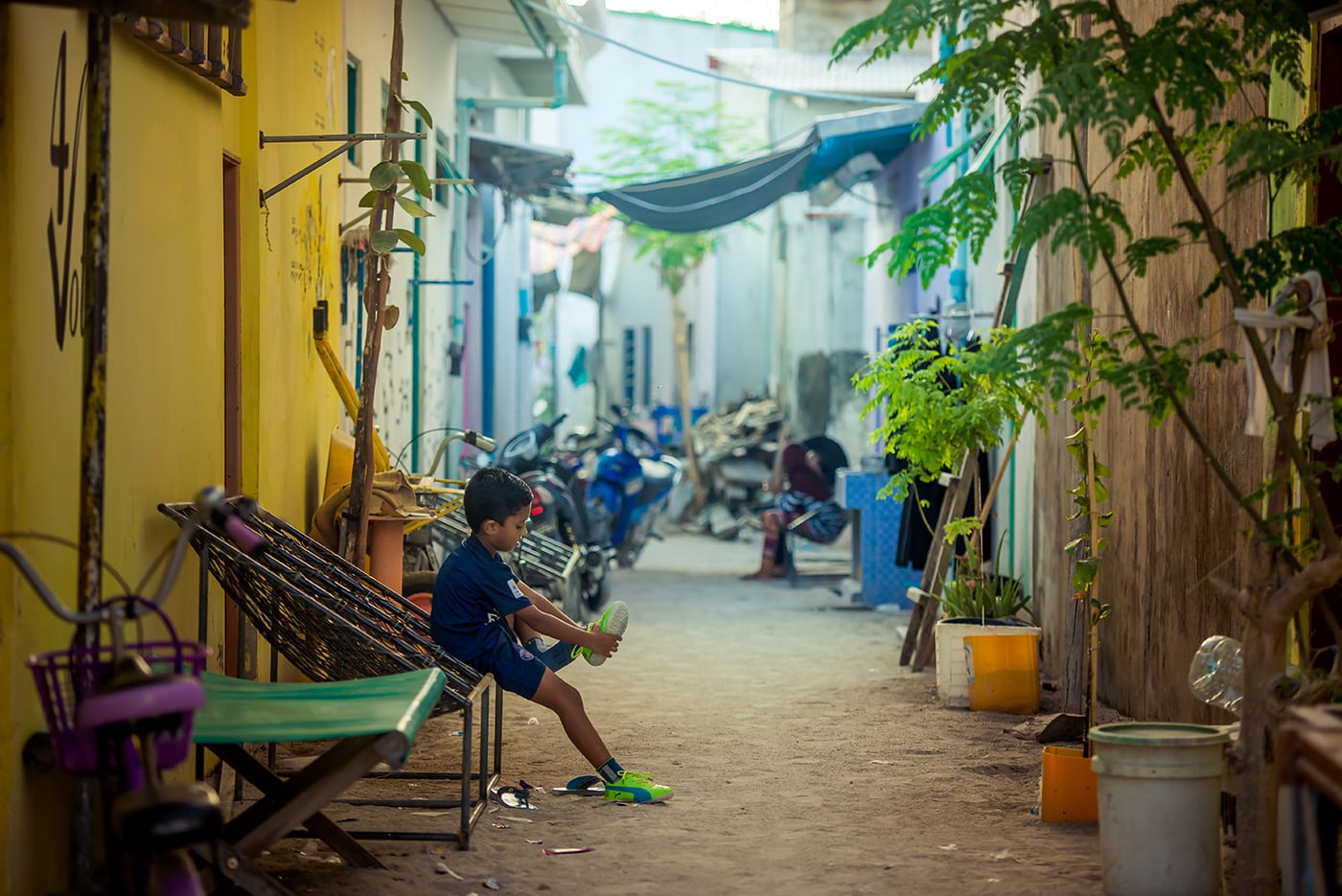