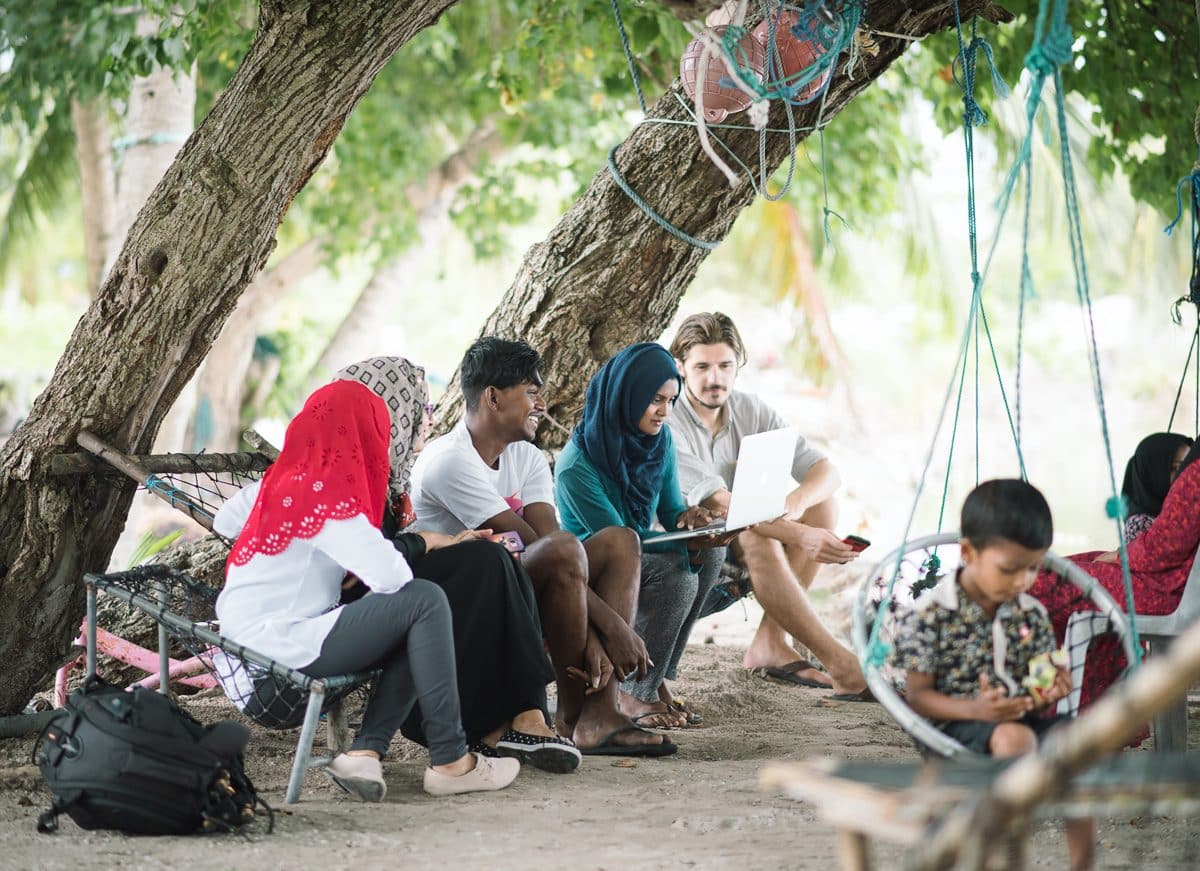 Three nights in Kanduhuludhoo have completed our southern tour of North Huvadhu atoll, and we headed back up to the north of the South early this morning.

The southwestern monsoon, which was clearing its throat during our time in Gemanafushi, let roar during our stay in Kanduhuludhoo, though it wasn’t as loud here as in our home base in Hithadhoo, where hurricane conditions have done much damage.

In Kandulhudhoo, the main hit was to pre-arranged picnics, BBQs, and the time available for us to study and shoot the island. Luckily, it is a small place – with the last census counting just over 500 people – and two full days seemed enough to get a feel for the place.

Upon arrival, the main story that leapt off the harbour seemed to be local politics, as the island recovers from a bruising local council campaign that saw a swing from pink to yellow. The harbour, the nearby stage (and even a couple of trees) were bathed in pink, while looking down the main street a canopy of little yellow triangles dominated. 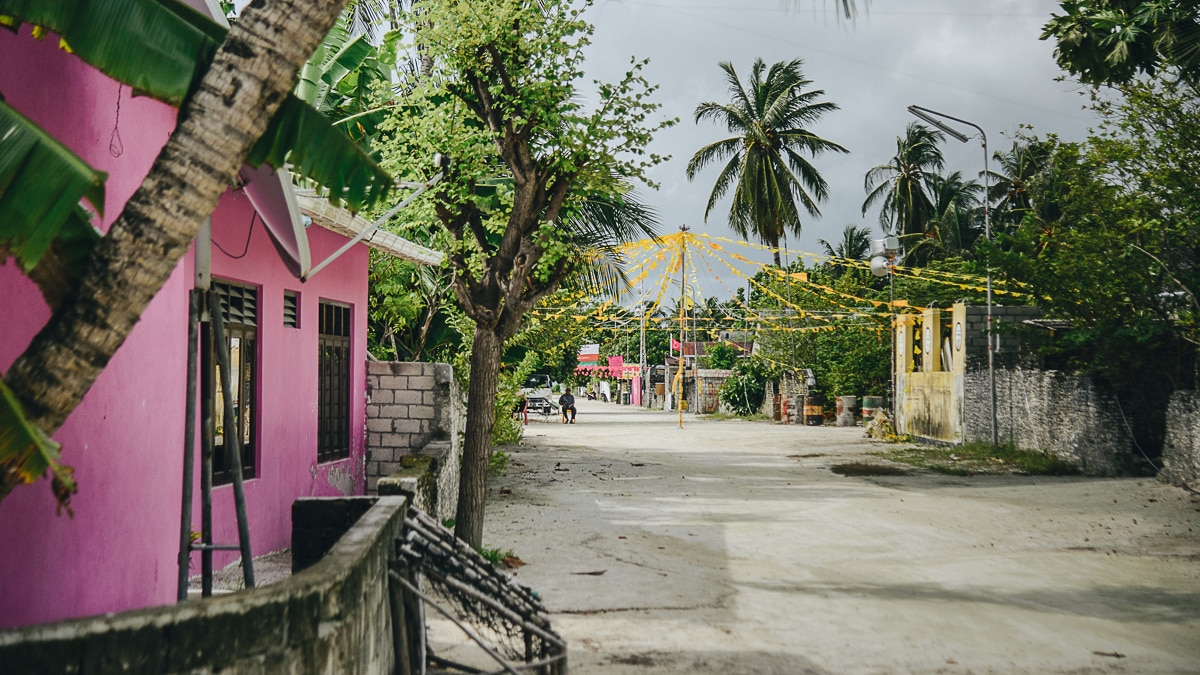 But despite Kanduhuludhoo seeming more politically prickly than other islands we’ve visited so far, it is the first place in which we’ve been able to really crowd-source our journey. After having stayed with family or old friends on previous islands, we found hosts on Kanduhuludhoo through new friends from among our blog’s readership.*

In such a dispersed country – with so many islands – we felt that this would have to happen at some point in order to make the trip feasible, but we hadn’t imagines it would be so soon. It’s really added an exciting dimension to the project and we are receiving a number of offers from people keen to show us their home islands.

But, back to Kanduhuludhu. We are quickly finding that unique stories are not always easy to come by on smaller islands in the short time we have on each, but unique people are always available. As well as our excellent hosts, we spent time with the island’s last toddy tapper, picking up vital pieces of information that help tell the atolls’ stories. Every conversation brings something new. 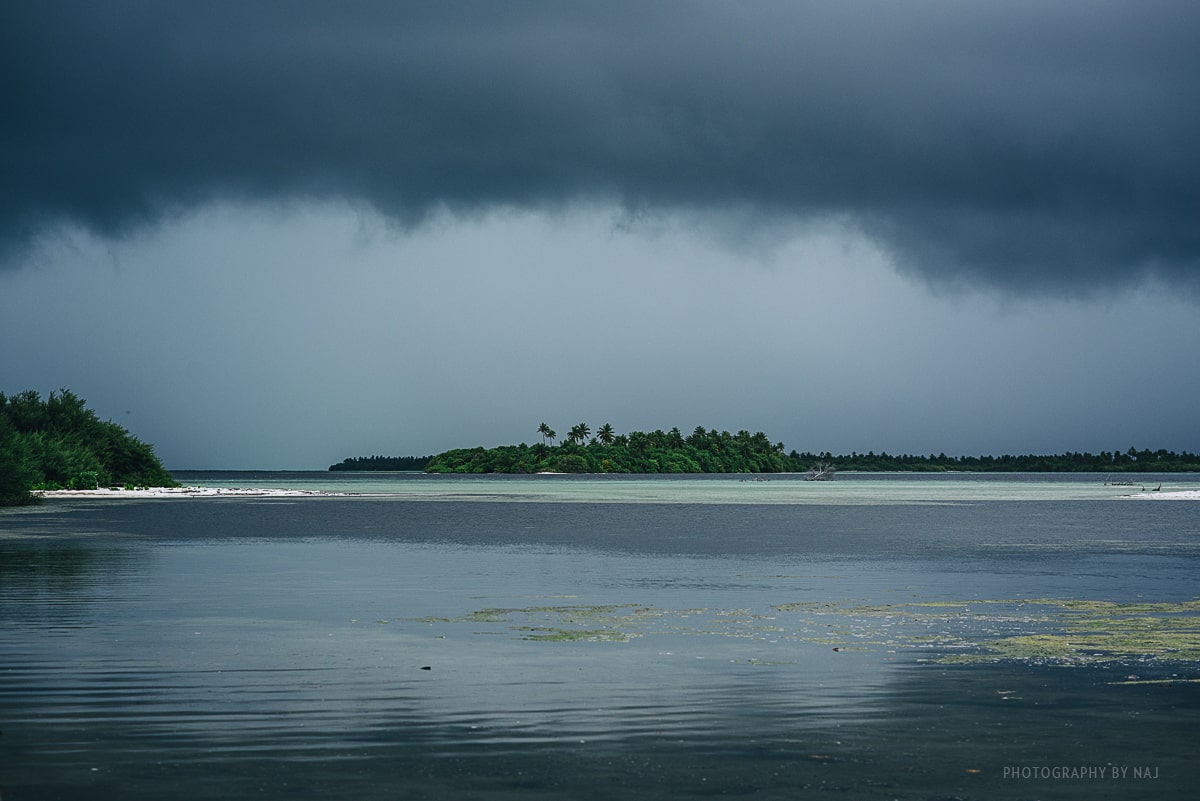 One interesting story we did find, however – while caught in the rain – was that of the former island to the north, Beyrufushi. This place seems to have been so popular – after protecting the island from the tsunami – that people have literally taken it into their houses, leaving nothing but a homeless and submerged tree (he should totally start a blog).

Dan’s shark-infested wade out to take a closer look at this ghostly relic is probably worthy of a separate post, or might make it into the Mihaaru travelogue this weekend. (A proper story and pictures will definitely be following).

We’d just about dried off from this episode before we were up at dawn to catch the ferry, though not all of our travel notes had…so take all of the above with a pinch of salt!!

*Confession: It actually turned out that our hosts were distantly related to Naj (hey, it’s Maldives), but that was complete coincidence.