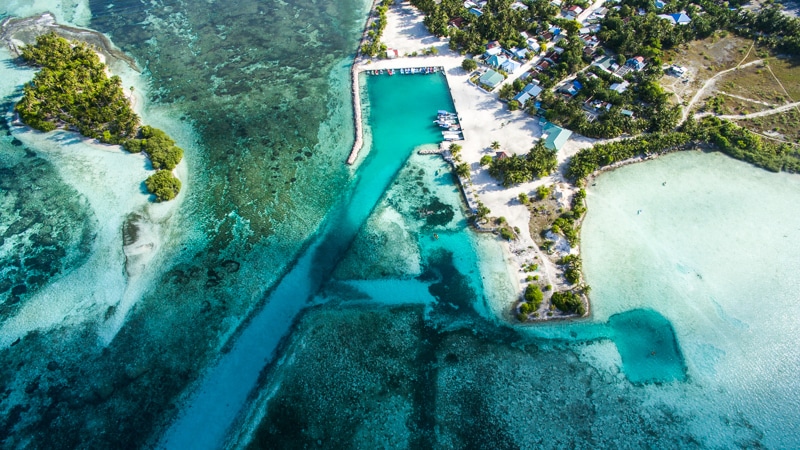 So, we left Gaafu Dhaalu Nadella three days ago, but got so busy in Rathafandhoo we’ve not had time to write it up. Now we’re already in Fiyoari, so we’d better catch up a bit.

Nadella was distinctive from the moment the ferry arrived in the harbour, after having taken an unusually long way around the inner reef to the tip of the island. What seemed even more unusual was the lack of mas dhonis there, with a dozen or more small dinghies taking their place.

We assumed this must be an island that focused instead on farming, but found no agriculture other than the thick coconut groves covering its western side. Neither are there any ongoing government developments on the island: no reclamation projects, no Chinese housing units, no nearby resorts, and no current interest in opening guesthouses. 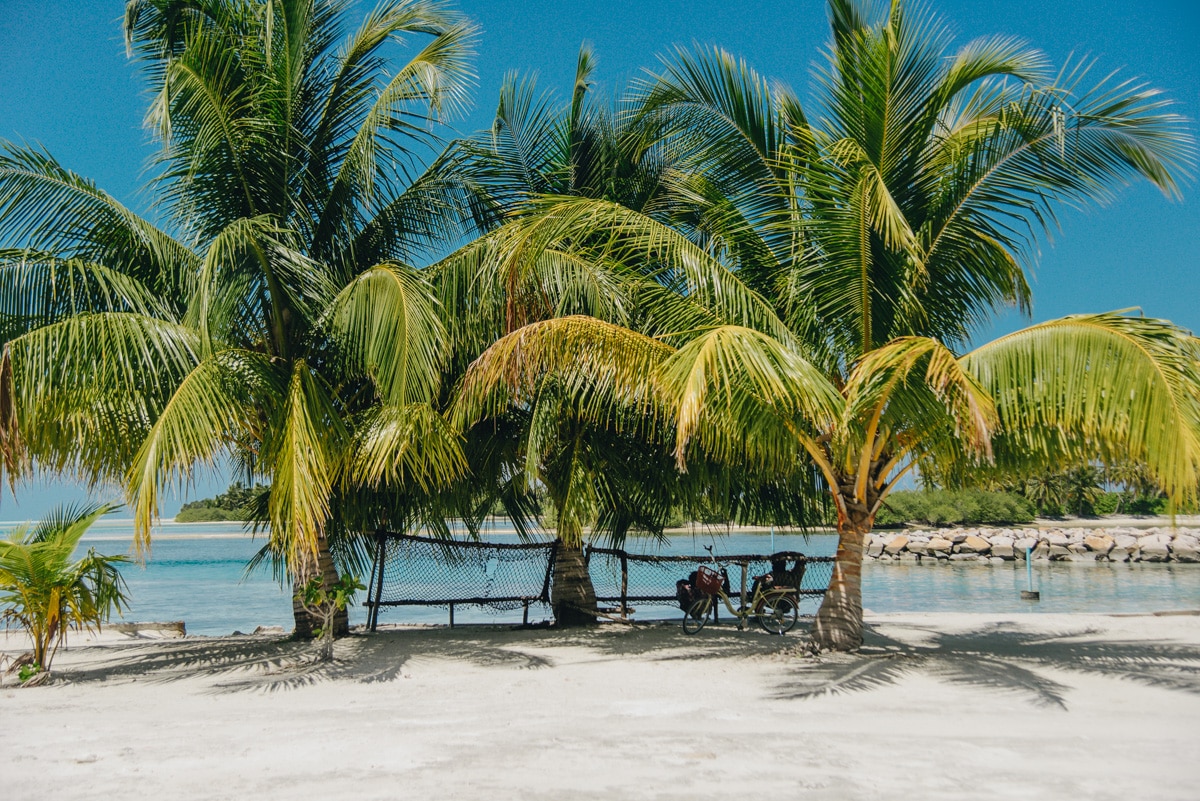 …no coffee shops or restaurants, no cars, no bank, no police station, no family in the house where we stayed (they left for Male’ a decade ago).

But, what the island does have might compensate for all these things, most of which aren’t really needed out here anyway (though the guys staying up playing cards all night during ramadan might like the option of doing it in a Starbucks). The impeccably clean streets and beach areas are lined with communal areas and low-hanging fruit, so you’re never short of a shady joali, a hammock or a snack.

The island’s calm and traditional feel is probably best demonstrated by Huvadhu’s only working blacksmith, Solih Hussein, who has been hammering out the real island essentials – knives, buckets and coconut-torturing devices – for 50 years. He is something other islands don’t have…nor do other places have an international coconut tree climbing champion (still talked about 23 years later). 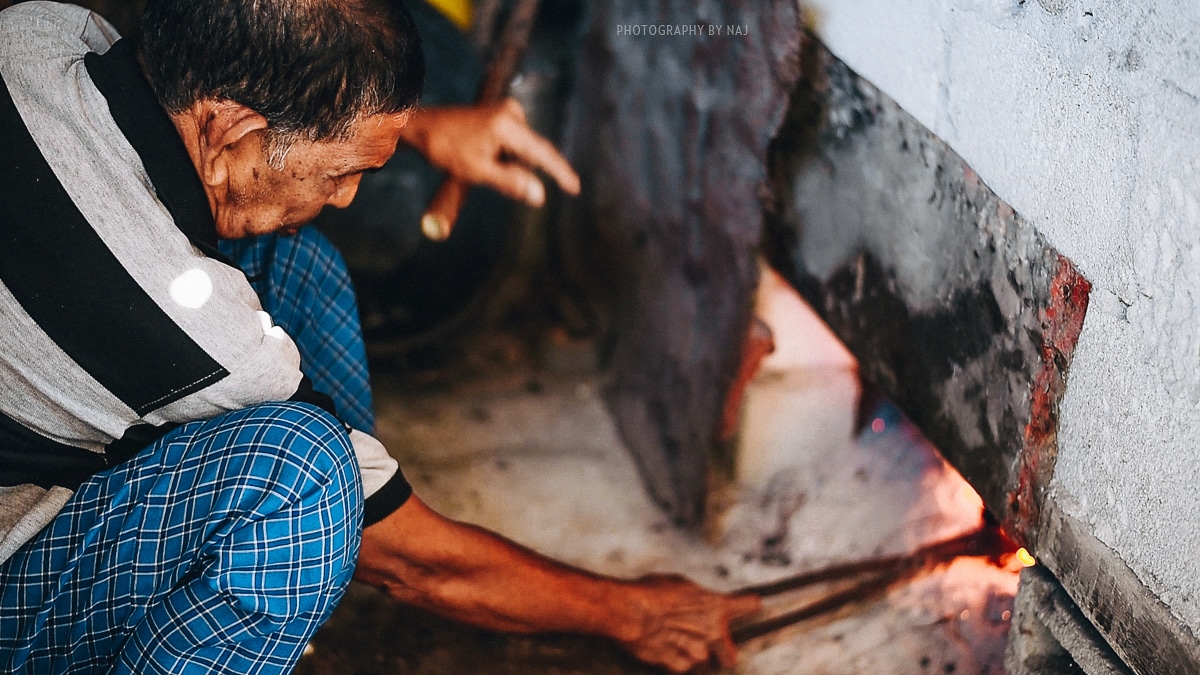 What’s more, anything the island can’t provide is more than made up for by what’s available on the reef. Nadella lies roughly in the middle of the Maldives longest unbroken stretch of coral reef, meaning that islanders have traditionally had poor access to the outer ocean, but can take their pick of any seafood seafood they want (except the large local turtle population, obviously).

That big question as to what the people of Nadella do for sustenance can be explained by visiting to the harbour at night to see one of the dinghies returning with a wild array of multi-coloured creatures from the vast reef area. Alternatively, at low tide, many fish (and friends) get trapped in shallow pools, jumping and splashing and basically begging to be caught. 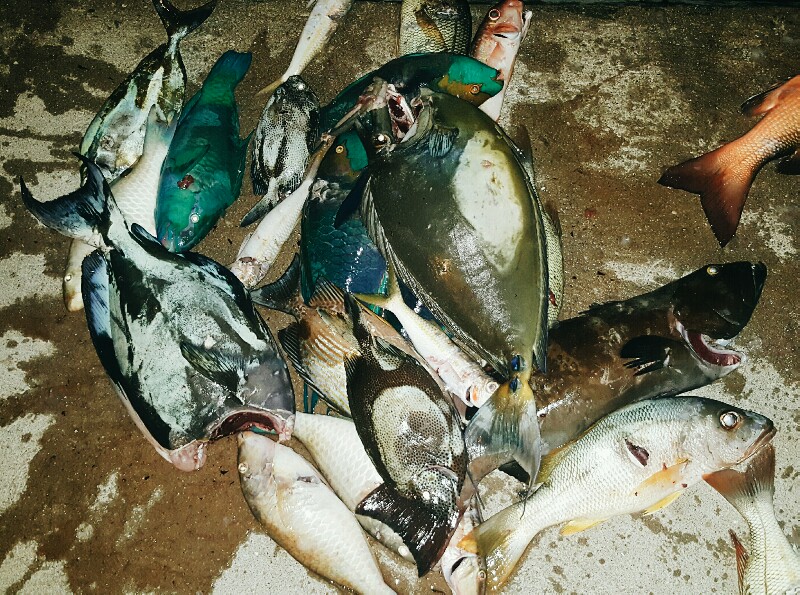 Reef fish are traditionally thought to be less popular than tuna among Maldivians, partly because of texture but probably because they don’t keep as well, making them less useful for much other than local consumption. But today they can go into the freezer, plus new markets (local and international) have emerged – for crustaceans and sea-cucumber in particular.

Anyway, after spending just a couple of days in Nadella last week, it seems that, just like the resources of the reef, the island enjoys an intangible infrastructure that you can’t really put a price on.