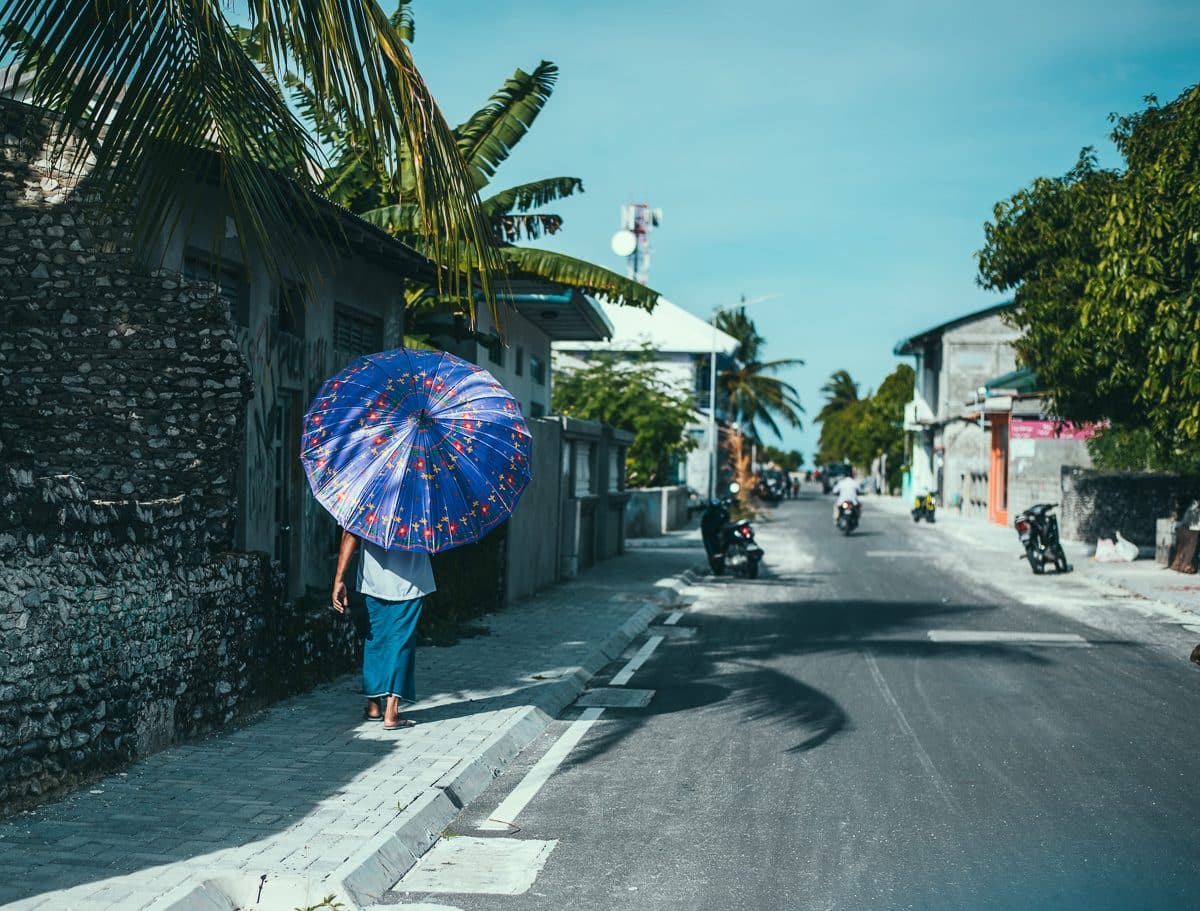 Having started the year in Villimale’ and visited Shangri La resort before now (well, one of us has), this was our third Villingili. There’s two more in the neighbourhood, both still awaiting inhabitation in Alif Dhaal and Lakshwadeep.

This one in Gaafu Alif is facing no such vacancies (though our hosts were still able to offer us a choice of vacant rooms). With around three times as many people as the next busiest island in the atoll, this is Villingili number one for the surrounding communities.

After a few weeks in the one- car villages on the islands to the south, the sight of freshly tarred roads as the ferry pulled up to the busy harbour was unexpected. 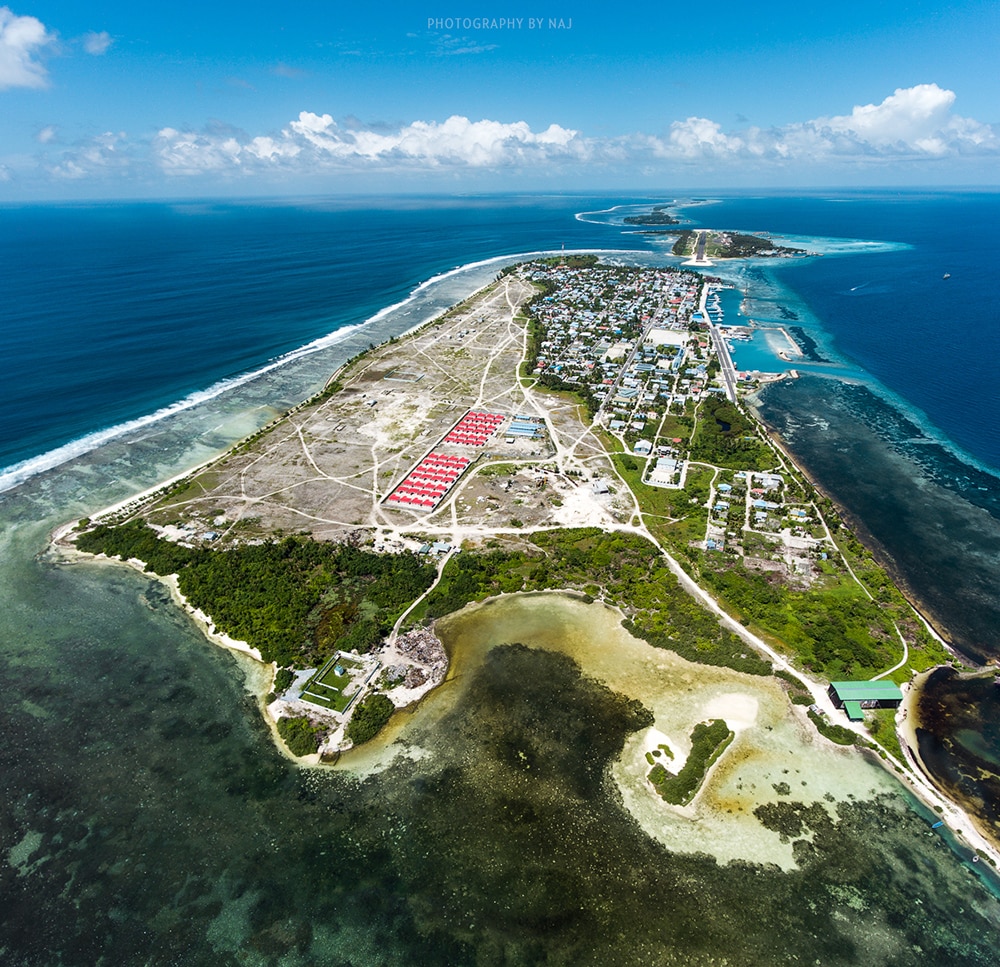 Maybe three quarters of Villingili’s streets were paved last year, which probably means it has more blacktop than even Male’. Young guys on motorbikes spend the evenings weaving irresistibly from side to side, taking advantage of the fresh surface before the inevitable handful of accidents put bumps in the road (just like those new invisible ones recently introduced in Addu).

The arrival of these roads in a smaller island brings with them a whole new atmosphere, particularly as Villingili doesn’t seem to actually have that many cars yet. The reflection of the sun’s glare from white sandy streets has been replaced by the heat rising from the new black roads. On a (usual) quiet day, this new asphalt aesthetic can turn a sleepy town into a seemingly dead one.

But Villingili certainly isn’t that. It’s amenities – including the only bank in the atoll, the regional council and hospital – bring a steady flow of traffic from the other islands. With the Koodoo fish processing plant and airport just a few hundred feet away, we bumped into two familiar faces from earlier in the trip during our brief stay in the capital.

The island has in fact almost doubled in size a few years back, with a near identically-shaped area of reclaimed land now being slowly filled in by the residents, creating a sort of yin-yang effect (from above). Perhaps appropriately then, some of the first people to make full use of Villingili’s new land have been Chinese developers, whose distinctive red-roofed apartments await new tenants there.

The busy south-western side of the island is now complimented on the north-east by that moonscape thing you get with all newly reclaimed areas, though it has created a fantastic beach on the ocean side.

In terms of older stories, any obvious traces of Villingili’s history seem to have been swept aside by modernity and the 2004 tsunami, with just a few coral stone houses remaining. The last patches of green at the furthest extremities of the island seemed intriguing, with a drone flight revealing a small lake on the northwestern side. 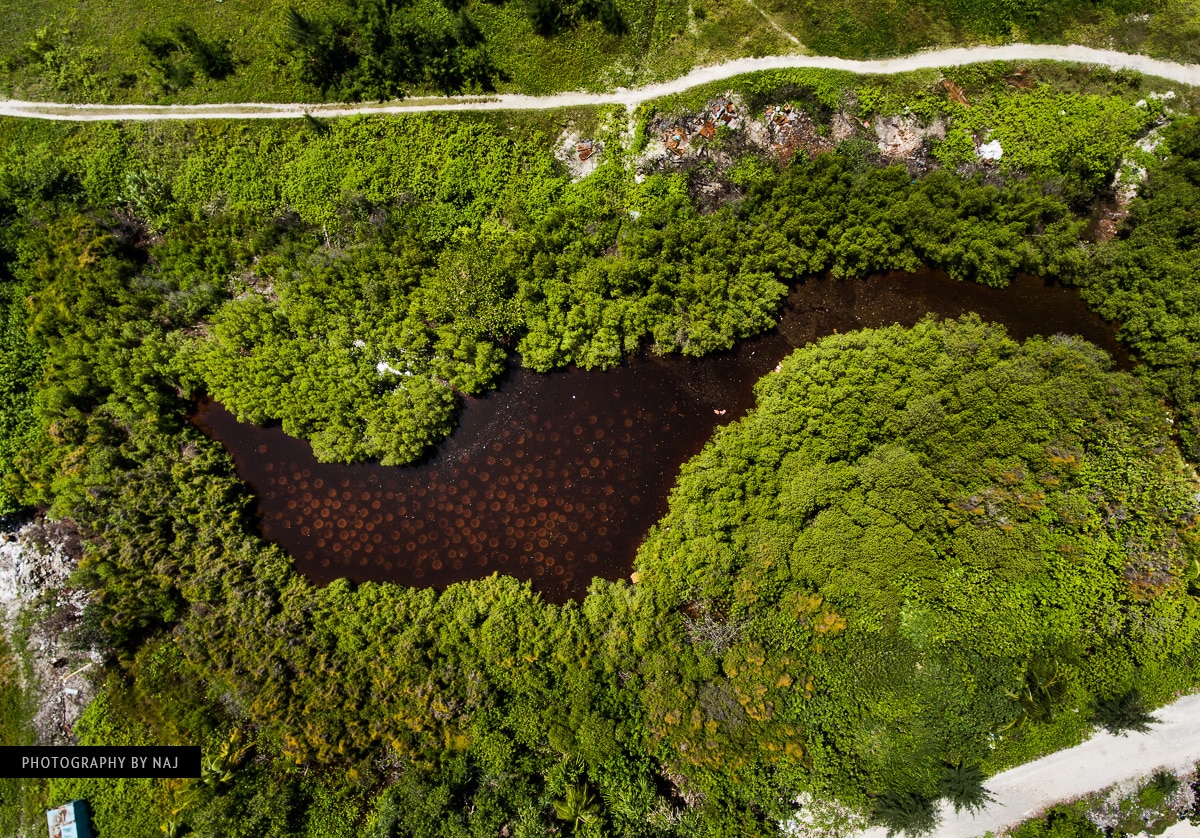 We asked around, but in the limited time available, were unable to find anyone who knew the name of the lake, or what the strange circular shapes we saw in it were. Maybe we can crowdsource these answers now.

So, Gaafu Alif’s first Villingili was our eighth island since leaving Addu, and our first during ramadan. We expect to see out the month while seeing out the rest of Huvadhu.