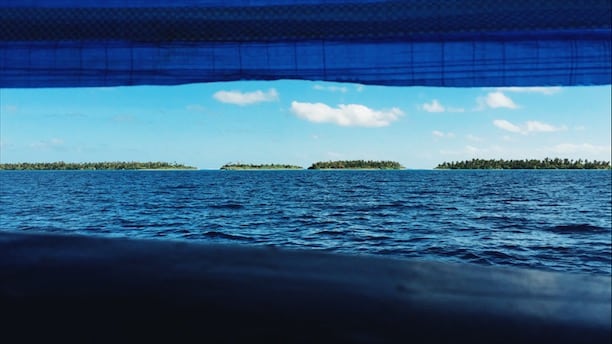 Two days in Nadellaa didn’t feel quite enough, but we had to press on if we want to see the rest of Huvadhu before everyone moves to Male’. 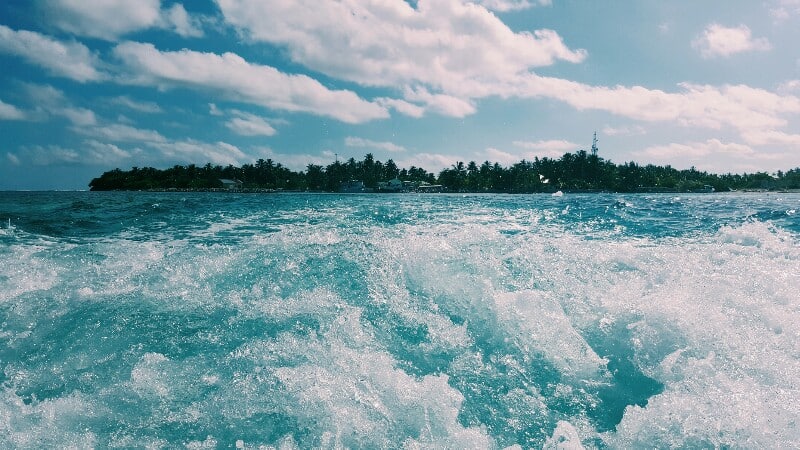 The ferries on this side of the atoll are a little more frequent, and you can move down the seemingly endless reef – which makes up around a third of all Huvadhu’s isles – four times a week.

With most islands separated by only few shallow feet of water, the ferry trip seems to skirt along a single huge island, before fleeting flashes of breaking ocean surf reveal the chain of Indian Ocean pearls along which it sails. 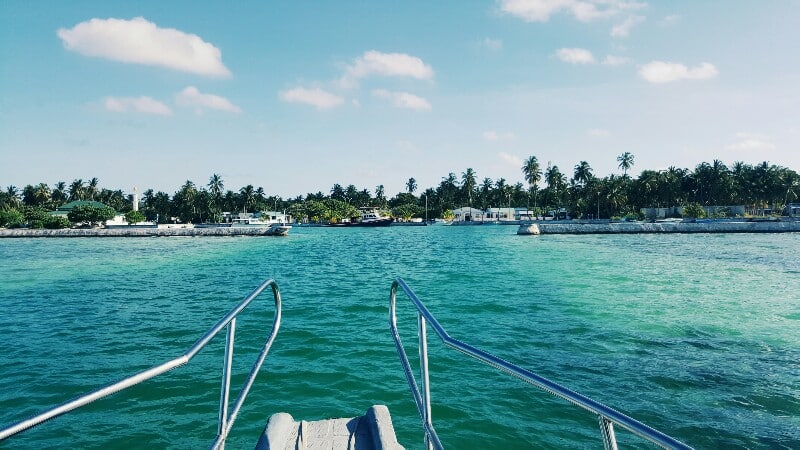 The next gem is Rathafandhoo, particularly precious as the second smallest island in Gaafu Dhaalu, by population. We’ll be gentle.