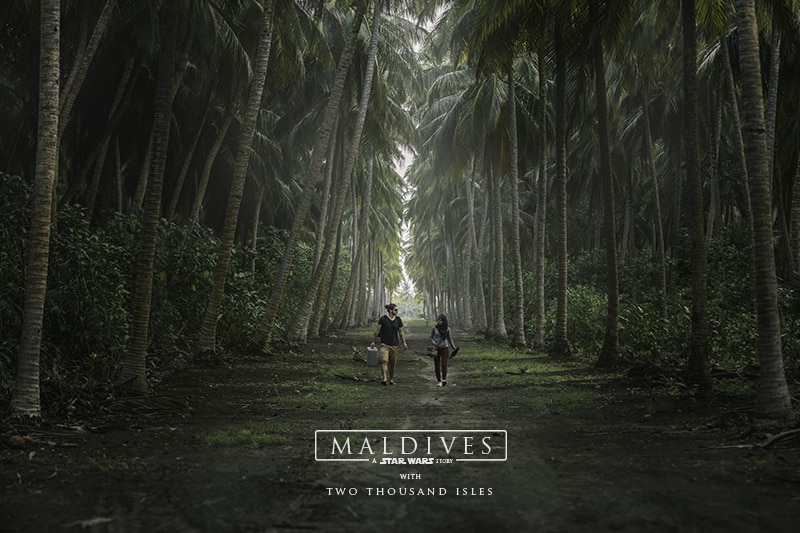 This story has been a long one in the making for us, and was in fact one of the first we had in mind when we set the blog up three years ago, just a few months after shooting finished in Laamu atoll for ‘Rogue One: A Star Wars Story’.

Our big chance finally came in December when we travelled to the atoll to work on a project with Reveries Diving Village – the same people who had hosted Rogue One’s cast and crew. While we got a little sidetracked since then, today seemed as good a date as any to publish the story of the shoot, and a video of our visit to Laamu. 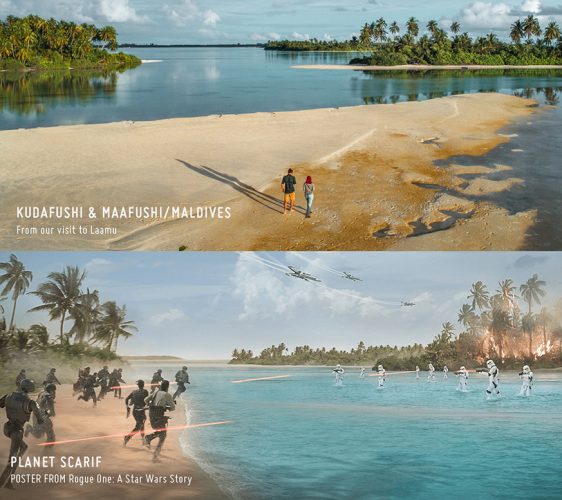 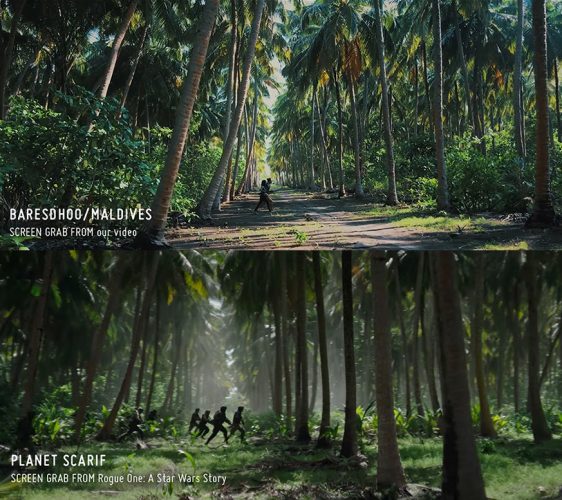 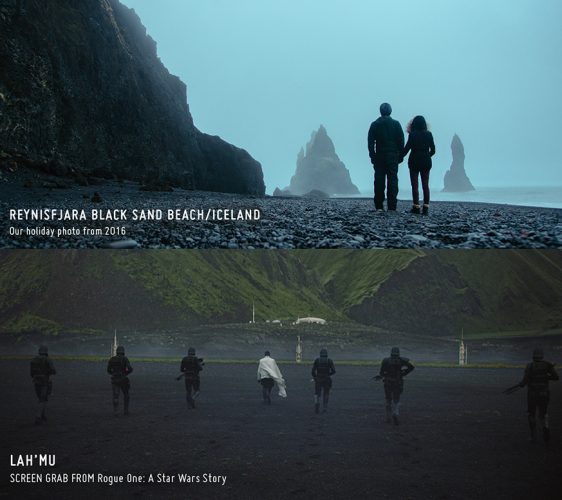 As is explained in the story, the film’s release got far less attention in the Maldives than it really should have, and as a result there’s relatively little information about the shoot online (no-one had even successfully identified the islands before). There are also faint murmurings on the web that the Star Wars franchise is reasonably popular, so we figured we’d cram all the information we could find into the story and someone would probably want to read it.

Huge thanks goes to Fauzy, Abbas and everyone at Reveries, Aslam in Kunahandhoo, and ‘Kudu’ for sharing his stories about this historical shoot.