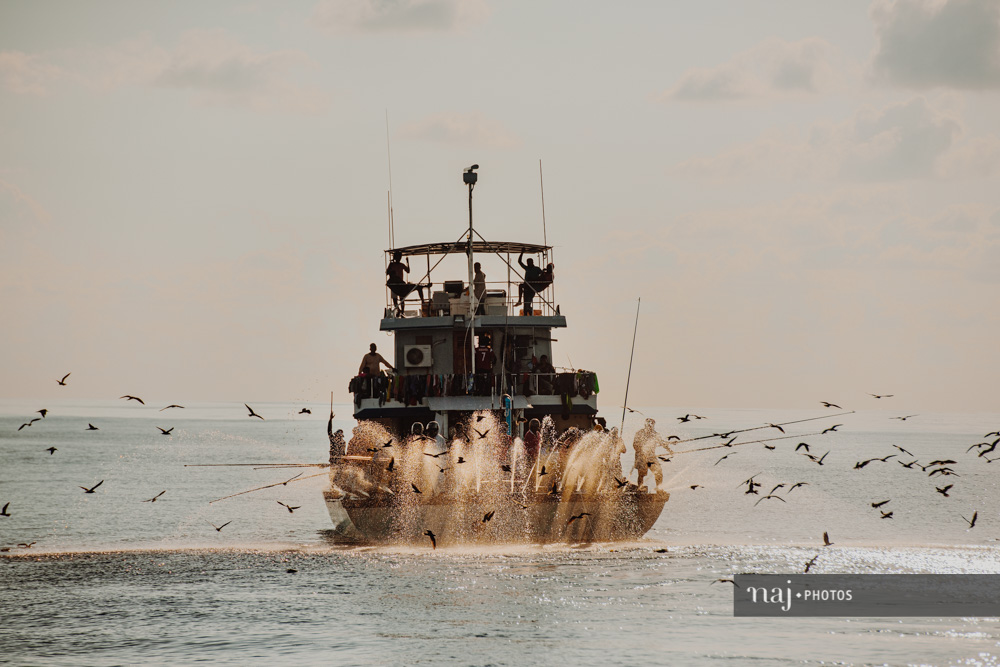 You’d have thought that fishing would have been one of the first things we’d covered on this blog; it having essentially laid the foundations for all life in the country (…just alienated all the coconuts). Yep, harder to miss than a 10lb tuna flying at you across a swaying deck, you’d think…

But, until a few months ago, we’d never managed to swing an invite onto a proper mas dhoni, to see what Maldivian fishing really looks like. All that changed when a friend invited us onto her Dad’s boat and, many months later, this story and film are the results.

The story is a bit of a beast, but only a long-read seemed appropriate for such an important topic, and one which we feel we’ve definitely neglected up to now. As for the film, we knew Naj was getting great footage during the week or so we spent on board, but we’re really blown away with the way it came out; showing the whole process – from the search for bait to final sale to MIFCO – in a way that’s rarely captured on film. It’s definitely a beast!

Perhaps the only things that weren’t captured on film was the adventure of sleeping out on the star-speckled open deck; the dolphins dancing through the ethereal lights cast by our bait-lights each evening; and the stomach-turning forays out into big fish country, between the atolls.

Fortunately, the latter wasn’t as bad as we’d always imagined it would be, and therefore didn’t waste the beautiful mas riha from the galley; fist-sized chunks of tuna that couldn’t get any fresher without slapping you in the face. Served with starlight and dolphins, it was the best Dan says he’s ever tasted (…just alienated all the mother-in-laws).

So, thanks to all the guys on board Kinaary, and the ocean life that sustains the island life. You were great.

…and here’s the film: