Bonfire of the Atolls 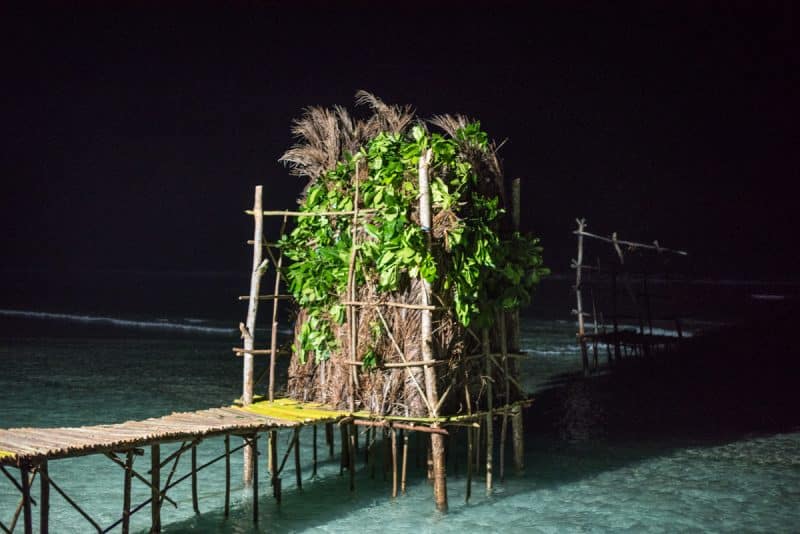 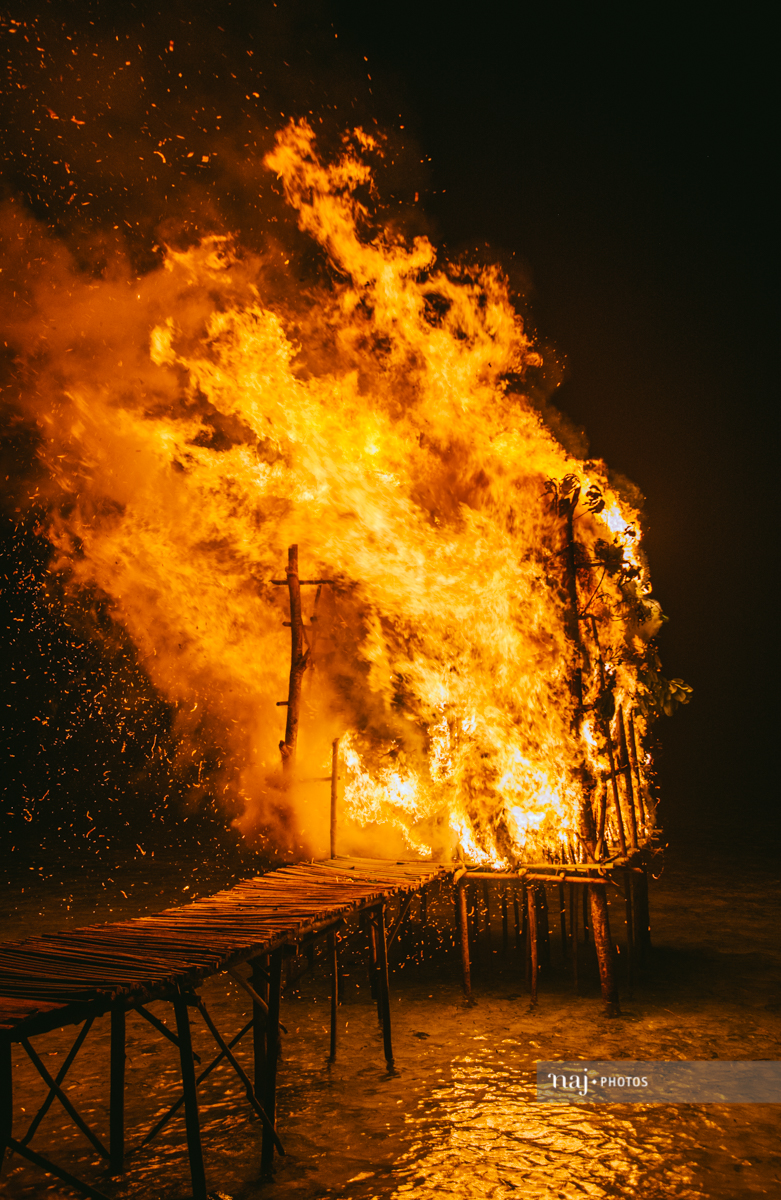 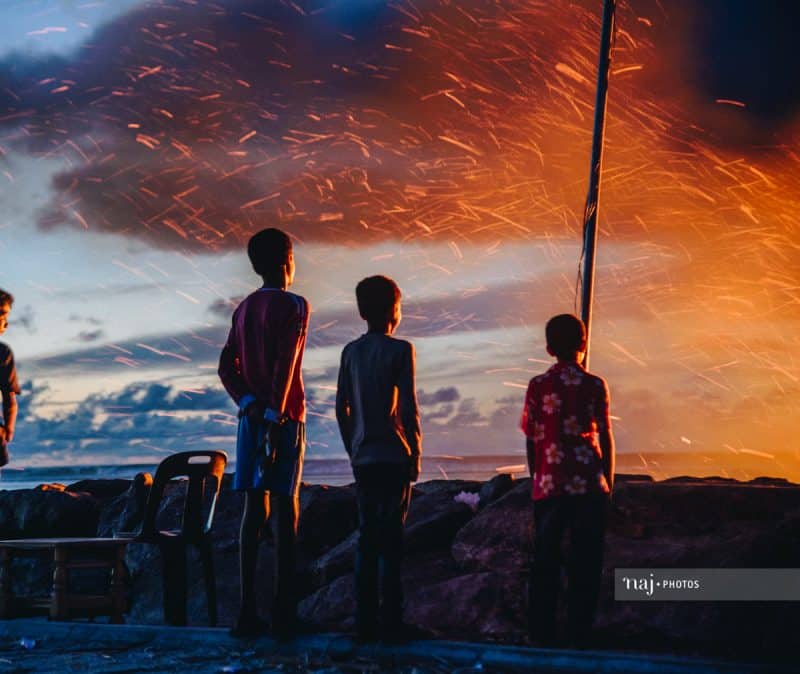 Bonfire of the Atolls

Travelling around the Maldives, particularly as a foreigner, there are many practices and rituals to be found on certain islands that leave you with more questions than answers.

Without locating the right elder – usually the last bastions of eroding traditions – the answer to nine out of ten questions about why things are done a certain way go unanswered.

Perhaps the most spectacular of these mysteries is that of the Eidu Malhi. The burning of a palm-leaf pyre, normally over a shallow reef area at the end of the fasting month of Ramadan.

This ritual is so obscure that it seldom happens in any two islands exactly the same way, while most don’t conduct the ritual at all, suggesting that whatever its origins, few today would agree on them.

For example, these pictures were taken in Gaafu Dhaalu Gaddhoo, where people rise early on the first day of Eid al-Fitr to light the fire just before dawn prayers. Meanwhile, however, in nearby Faresmaathodaa, their fire had long since gone out by this time, having been lit hours earlier, just after the new moon was first sighted.

The latter schedule would fit more closely with the lunar nature of the Islamic calendar, and other inquisitive observers have suggested the fires may have once been a way for islands to alert one another to the sighting of the new moon.

This would have made sense even a few short years ago, before modern communications made their way out into the atolls. In other cases, it is said that such messages would be passed – at least within the island – with the beating of drums, the blowing of the conch shell, or even the firing of a gun in Male’ (HCP Bell did not report Eidu Malhi fires in the capital during his stay in 1922).

In terms of religious significance, fire does not play an intrinsic part in Muslim festivals, though most nations add their own cultural twists to the end of the fasting month. In many countries people will light firecrackers, while some islands in the Maldives have also retained the apparently-ancient tradition of water-fighting during the festival.

Most likely, the Maldives bonfire tradition is, like Dhivehi culture itself, an amalgamation of practices that have collected on these small islands, and often been allowed to take their own shape in isolation from one another.

Rituals involving fire can be found across the world, and often have roots in older religions, taking on more modern trappings over the years. One good example is the UK’s ‘Bonfire Night’ – otherwise known as ‘Guy Fawkes Night’. Generally considered to commemorate the failed plot to blow up the Houses of Parliament in 1605, the festival has clear pagan undertones.

Far far away in the Maldives, elements of ancient fanditha practices are still riven throughout island culture, and with malhi translating literally as ‘trap’, who is to say these stilt structures over the reef weren’t originally built with the aim of ensnaring and destroying malicious mari from beyond the reef.

But, perhaps the explanation for the ritual’s endurance, in spite of its vague origins, is simply that everyone loves a bonfire.

Every culture everywhere finds some excuse to light up and, in the Maldives, when the flames go up in the half-light of an island dusk or dawn, all the questions stop and the answers don’t really seem to matter anymore.