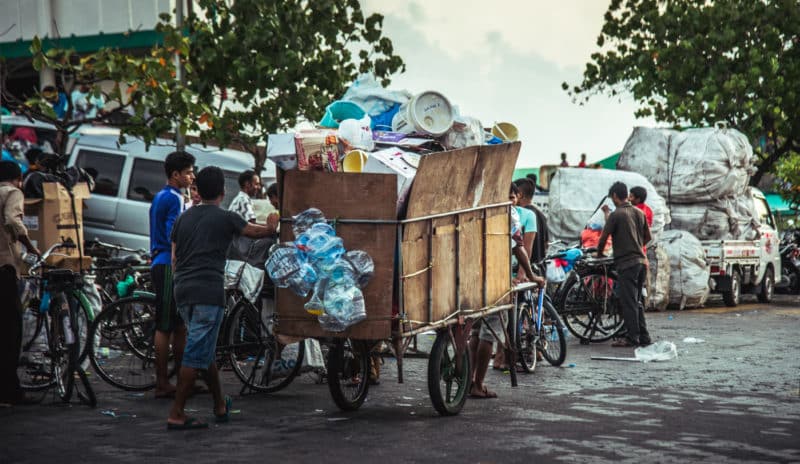 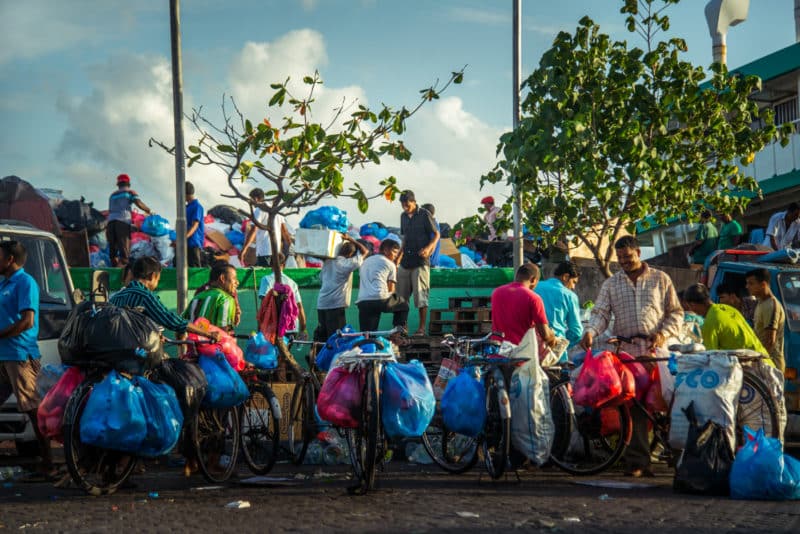 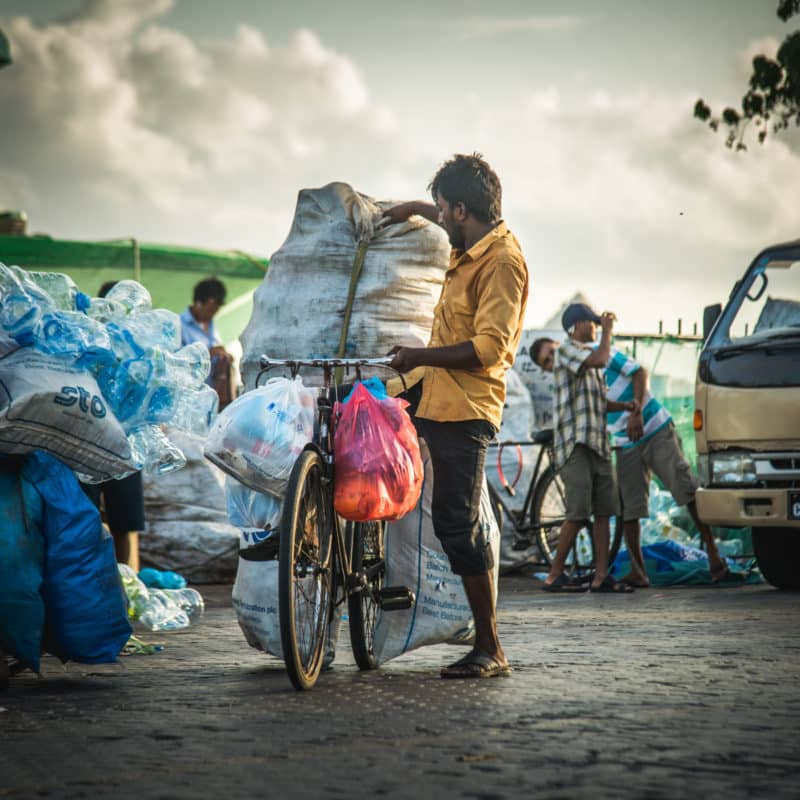 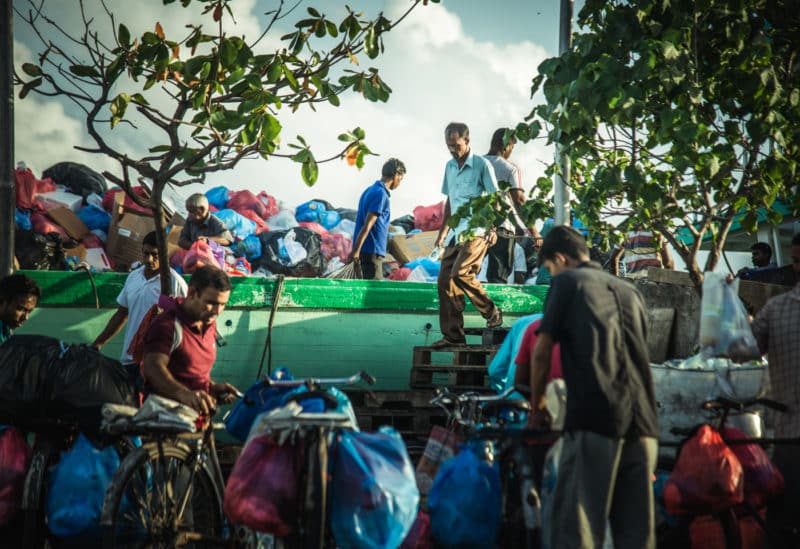 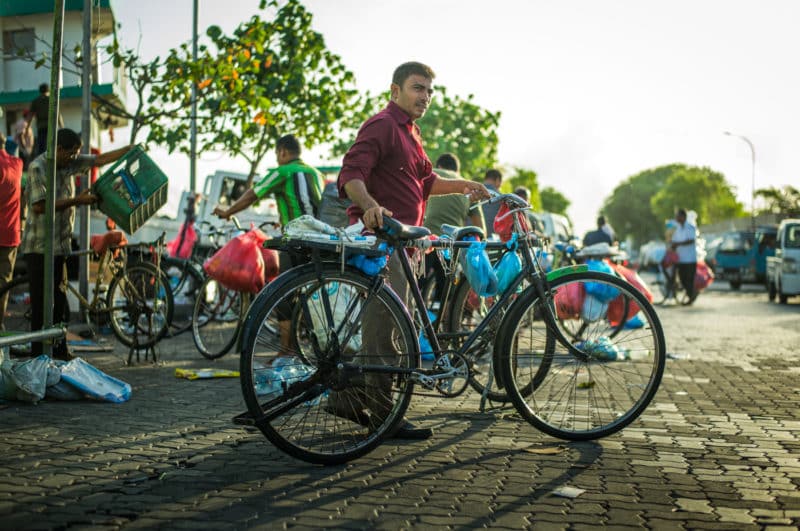 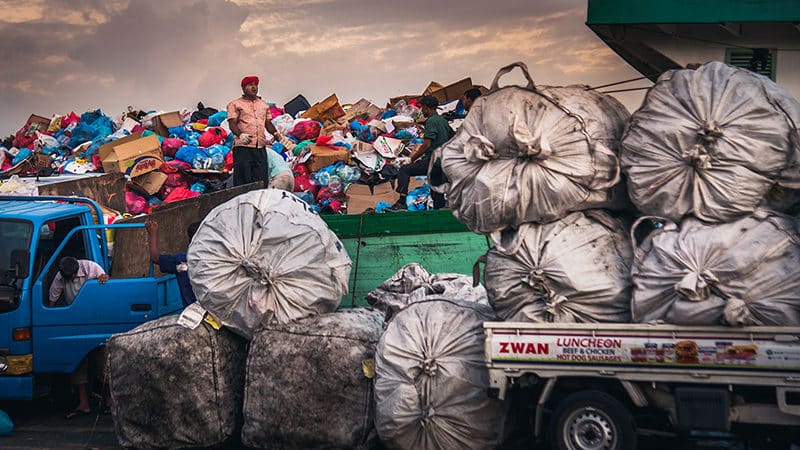 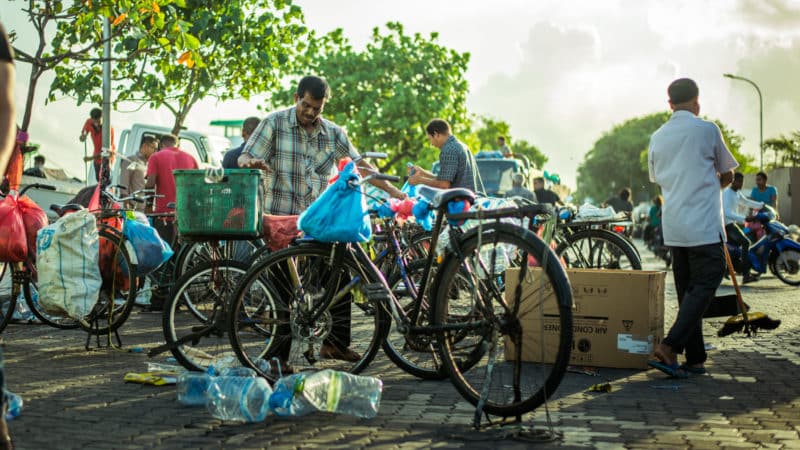 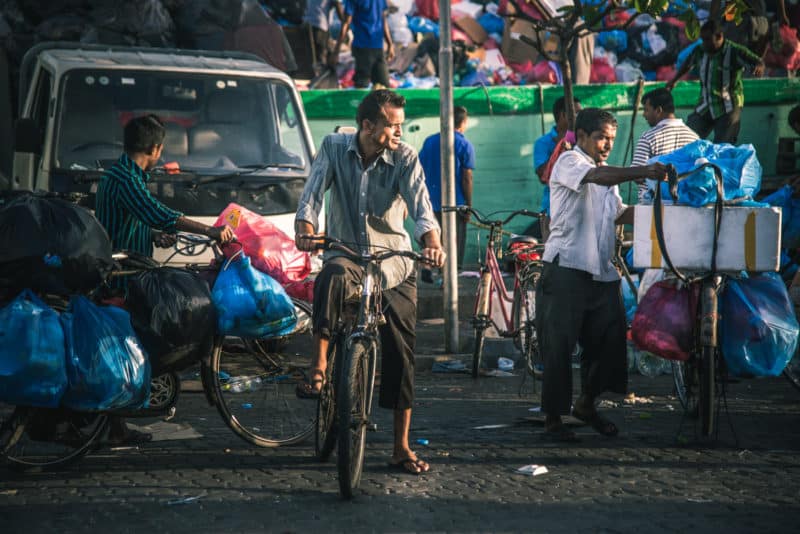 In the racing heart of the Maldivian archipelago, the health of the world’s most densely populated capital is precarious.

As goods are consumed through Male’s international port before being digested by 27,000 households, more than 300 metric tonnes of rubbish per day threaten to contaminate the island city.

While fratricidal authorities seem unable to cleanse the capital, an army of entrepreneurial expats have stepped into the breach, seeing potential where others refuse the refuse.

Traditional methods of waste disposal, i.e. leaving household waste on the beach and letting the ocean clear things away, are not an option in the concrete capital, with tides of immigrant labour mimicking the method.

When most have left their offices for the day, hundreds of garbage men continue their near perpetual rhythm, almost unnoticed by the thousands whose waste they collect. They are the throbbing pulse that clears the the city’s clogged arteries 6 days a week.

But this is not charity – charging between MVR100 and MVR200 every month for each house/apartment, and MVR300 for each shop, these vital freelancers can earn more than double the average civil servant’s wage.

At the government-managed collection site, wobbling cyclists are joined by customised carts. Signs in Bangladesh offer instruction, while others threaten prosecution should any rubbish be reclaimed from the pile. A flight of palette steps leads up to the boat – the physical embodiment of the migrant labourer’s ingenuity.

After conquering countless stairs in the jungle of high rises, and duelling with motorised traffic astride their overloaded bicycles, they pay a small fee to load the capital’s excretions onto dhonis bound for open incineration on Thilafushi – an island quite literally made from trash.

With Thilafushi lagoon making way for garbage since the 1970s, the island’s capacity for crap is not expected to be saturated for another 25 years. One fifth of the smouldering heap comes from resorts, though the travel agent’s image of paradise is also singed a little every time foreign journalists track down the poisonous plume on Male’s skyline.

Back in the city, the current remedy for waste collection – introduced as a temporary measure after the ill-health of the government’s equipment – has revealed once again the true value of the expat community to the Maldives’ well-being. 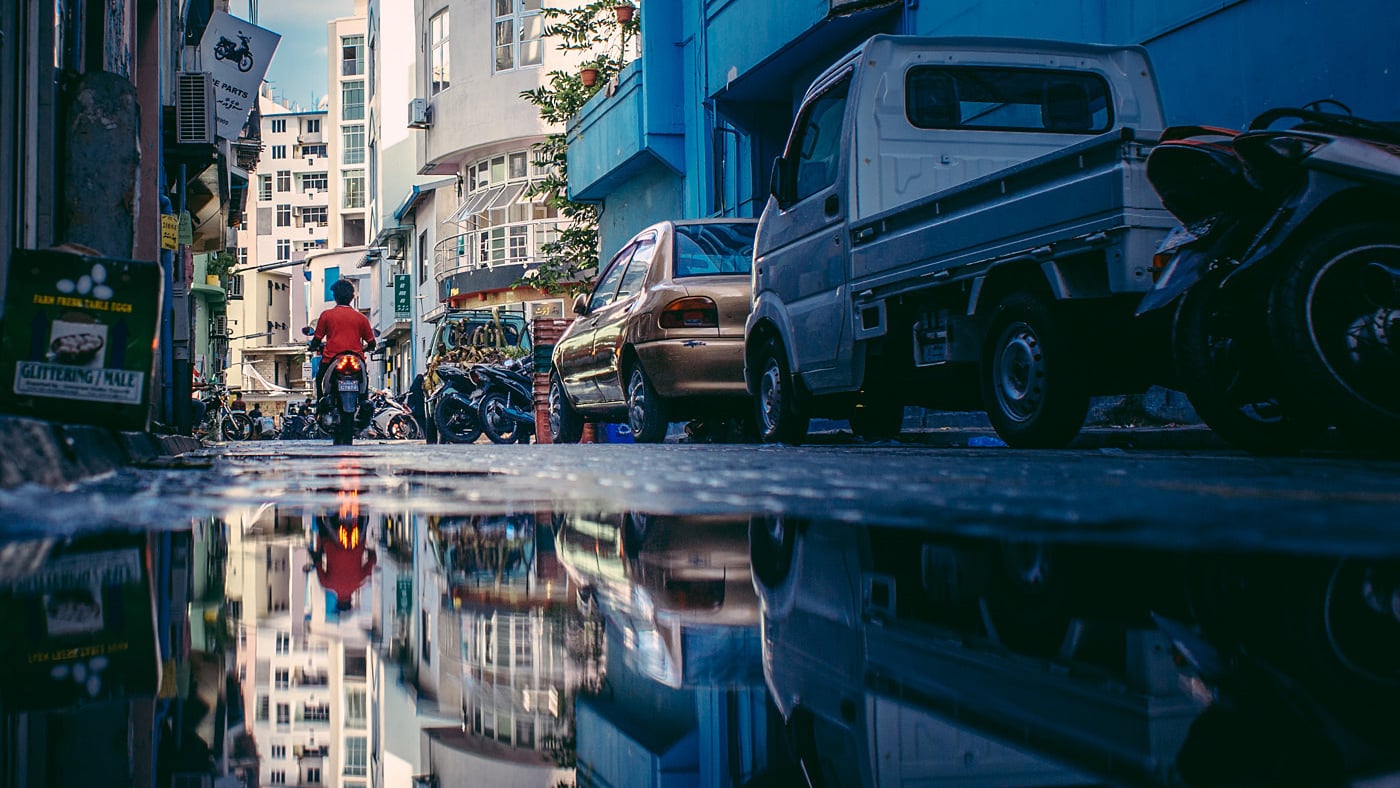 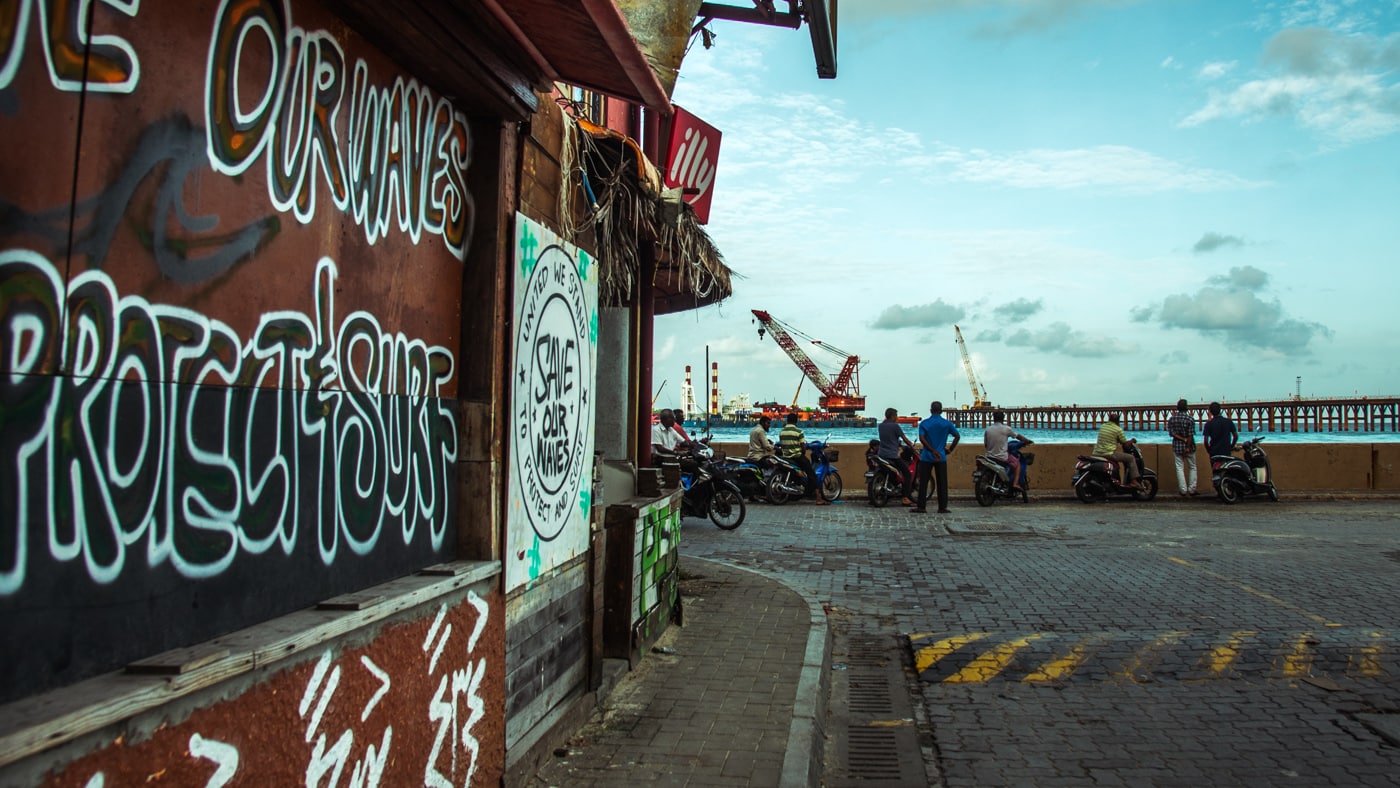