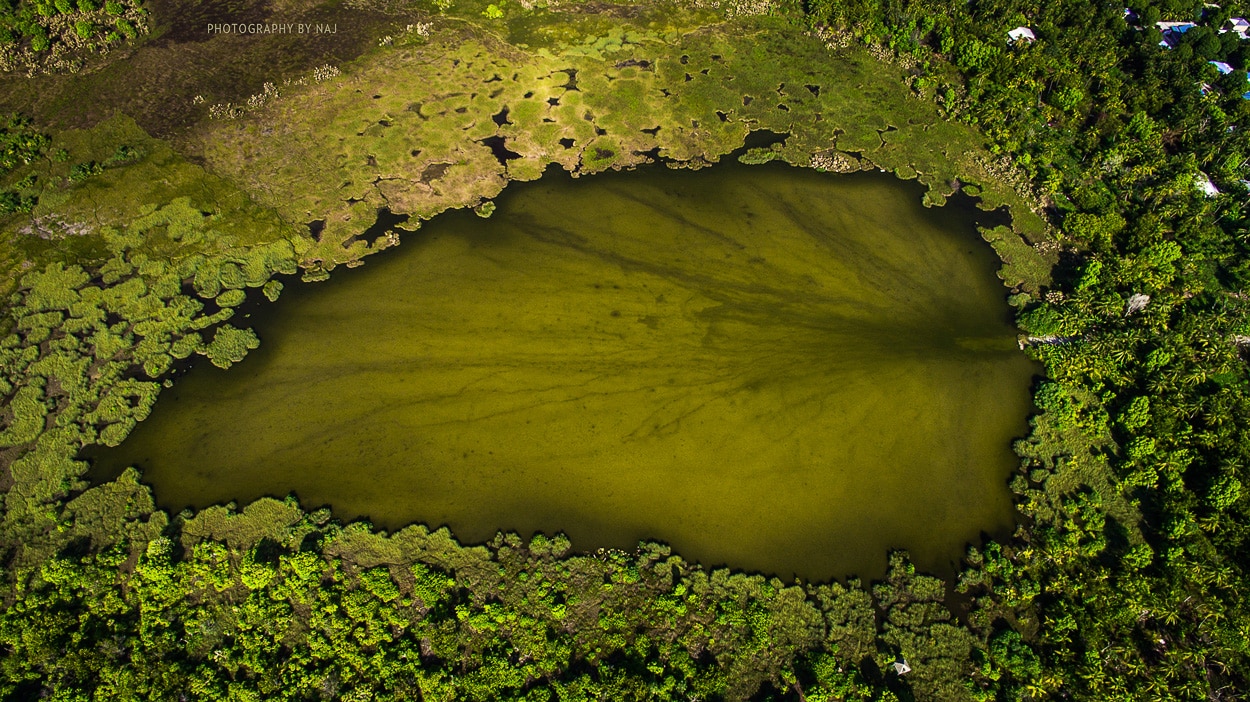 How did Fuvahmulah get its lakes? The answer to this question seems – as many things in the Maldives’ past – to be obscured by myth and reality, immersing itself in both science and superstition.

That the largest single-island atoll in the chain also contains the unique Bandaara and Dhadimagi kilhi (lakes) is no coincidence, according to the commonly accepted theory of coral atoll formation first suggested by Charles Darwin. But the father of evolution theory never actually visited the Maldives, and besides, the people of Fuvahmulah had already formed theories of their own.

Darwin’s evolutionary yarn suggests pre-historic ocean mountains fell beneath the waves, leaving a barrier reef of coral which then continued to grow outwards while the inside decayed and fell away to leave a freshwater lagoon which eventually opened to the ocean through channels in the reef.

(What next Charles, men from monkeys?) 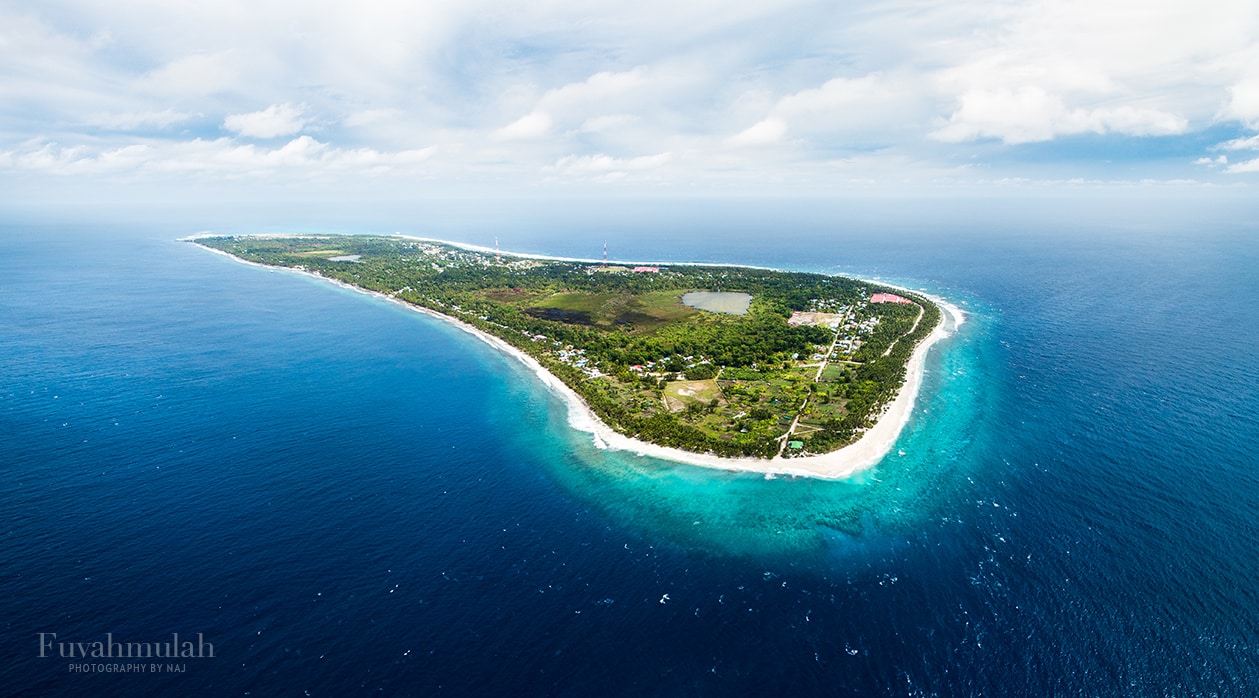 A postscript to this story was later added by pioneering diver Hans Haas, who examined atoll structures in person, concluding that the weight of compacted matter and fresh water had deepened and widened these lagoons over the ages.

If either of these researchers had asked the people of Fuvahmulah, however, they would have been given a far simpler answer. Rather than suggesting that ‘Gnaviyani lagoon’ is the kilhis’ inevitable future, local oral tradition suggests that the centre of the island has already been a lagoon, which was cut off from the ocean by huge boulders which blocked up the channel in the southern area today known as Diyarehi Fannu to leave today’s freshwater lakes.

Most on the island still subscribe to this reverse theory, which comes free with the story of Ambola Keola, a fisherman who once sailed into the lagoon before encountering the curious ‘people of the Hawitta’. Further details of this tale are hard to come by today, though they left Thor Heyerdahl convinced after his visit 30 years ago. 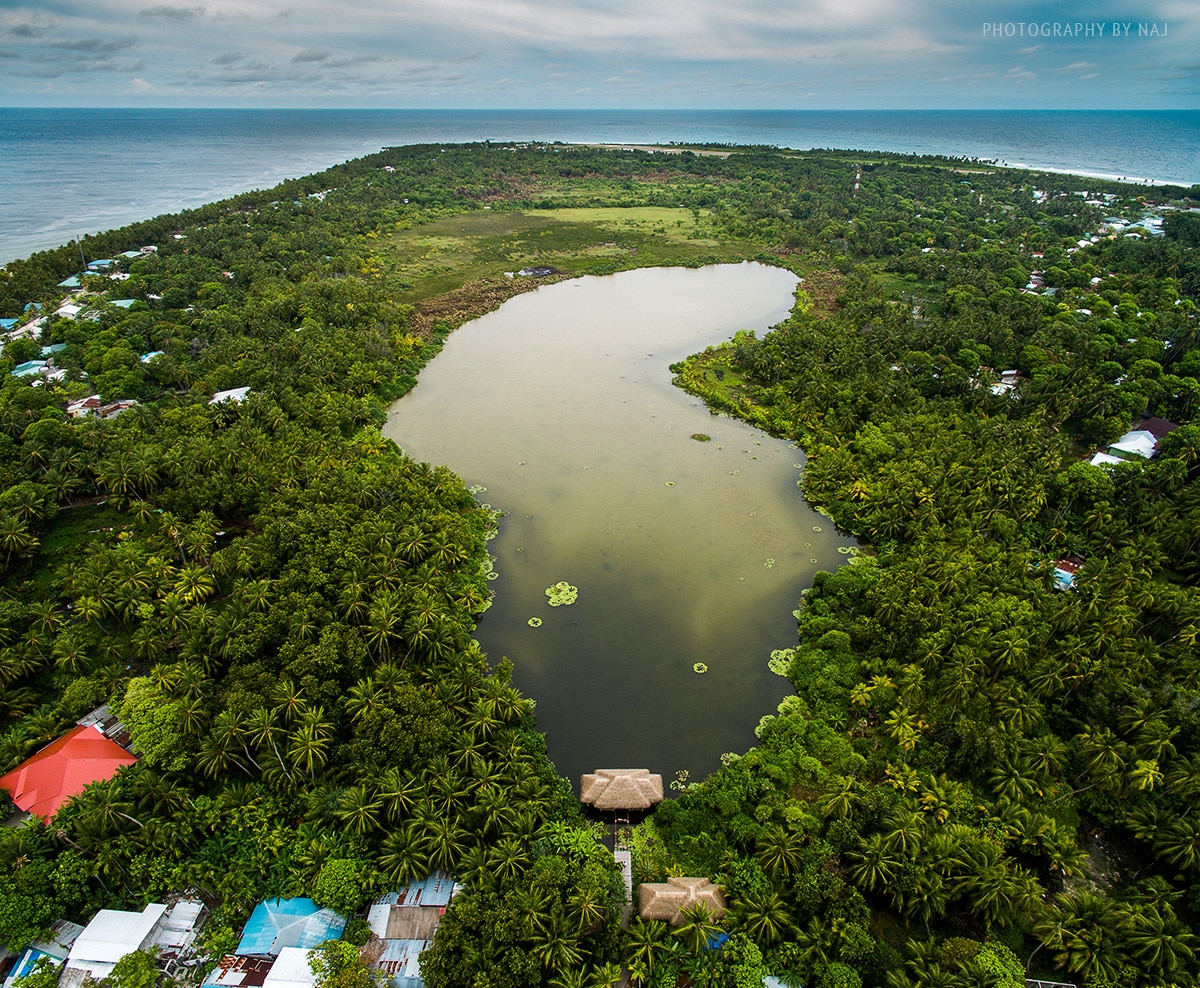 Heyerdahl had himself never seen (or heard of) a lake on a coral island before, despite decades of global exploring. Indeed, Fuvahmulah’s puddles seem different from the shallow mangrove lakes found further south in Addu, which lie just inside narrow spits of land separating them from the ocean. Bandaara kilhi is said to be 12 feet deep (in a country only 8 feet above sea level), while the Dhadimagi kilhi has a solid rock base just 3-5 feet below the surface.

In practice, which story people choose to believe makes little difference as human habitation of the island is likely to occupy just a tiny fraction of its overall existence, and fringing coral reefs are believed to take up to 10,000 years to form.

If you stick with Darwin, you have the prospect of Fuvahmulah as the prototypical Maldivian island, with the theory that today’s 26 natural atolls all started off the same way. Wading a little deeper into this lagoon/lake of supposition, you might even imagine that the whole archipelago originated as one giant Pangaea-like island, similar to today’s Gnaviyani atoll.

Alternatively, you can imagine that the unique oceanic pressures experienced by this single-island atoll have closed off the lagoon and created a uniquely fertile environment for what is generally agreed to be the Maldives’ most beautiful island. In this case, Fuvahmulah could be just the first, rather than the last, of its kind,

Perhaps only time will tell, but it seems the truth behind the kilhi is probably stranger than fiction.