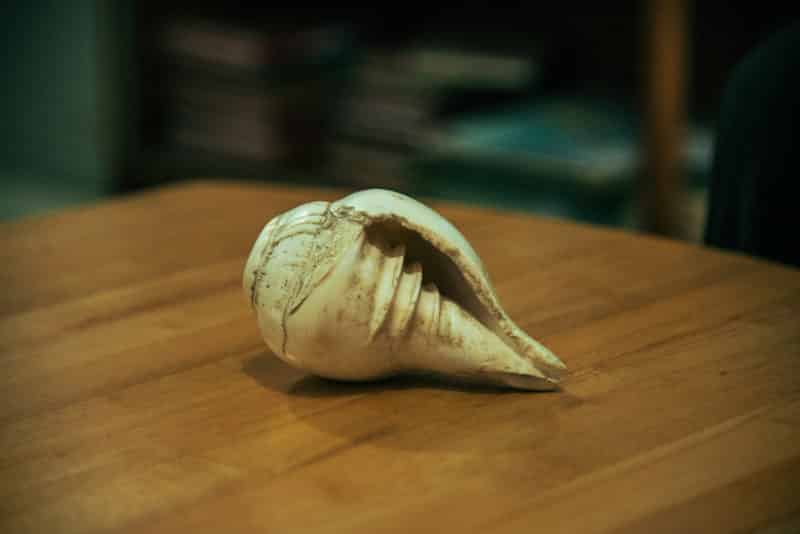 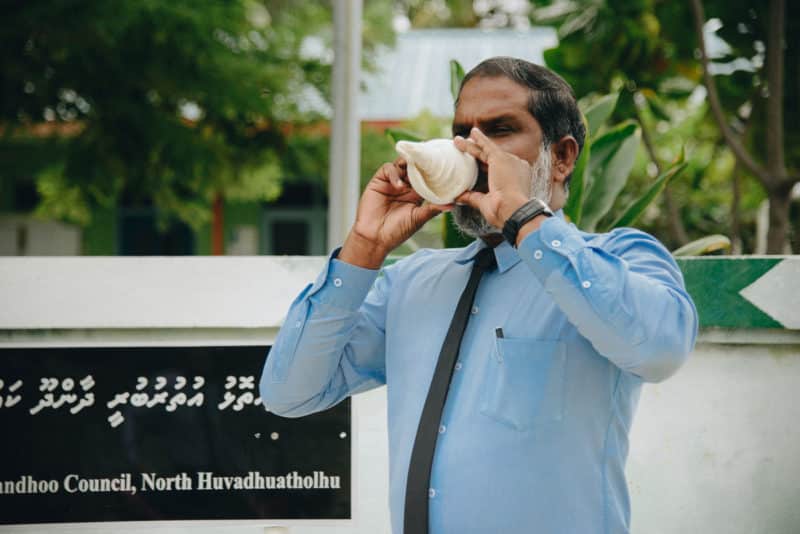 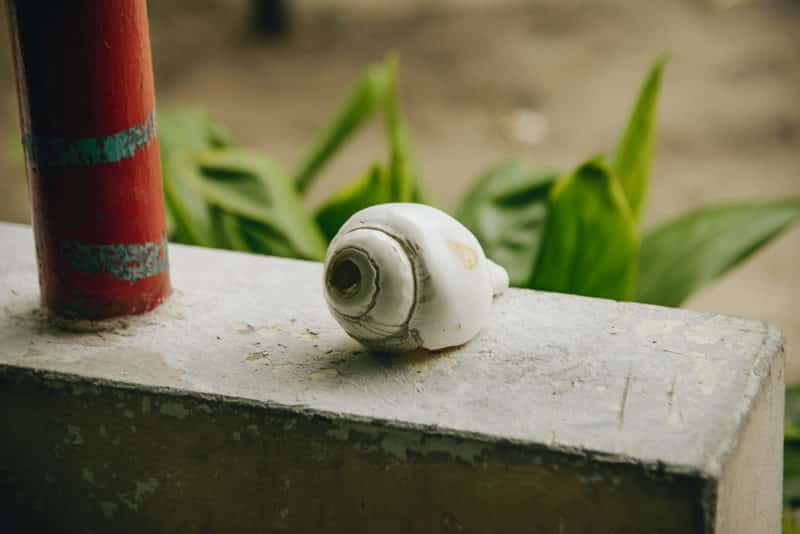 Life in the atolls has traditionally been quiet. The sound of the ocean, the songs of the birds, and the five daily calls to prayer were once the only things to break the silence with any regularity.

On a quiet island, a loud mudhim could alert the whole community to their religious obligations, but other officials with powerful lungs were also needed to draw the community together for civic duties.

The sound of the sangu, or conch shell, has traditionally been valued the world over for both its religious and musical purposes. In the Maldives and similar island nations, it has also been used to alert people to announcements, community work, or to sound an alarm for emergencies.

Government pronouncements, island cleaning, hauling in a boat or warning that one was in trouble would all bring a rasping wail from the katheeb‘s designated mouthpiece.

A good sangu has always been a rare item, particularly after its role was usurped by modern PA systems, and the council on Gaafu Alif Dhaandhoo have lovingly preserved theirs. As recently as 1997, they explained, the shell was blown three times to call men, five times for women and continuously to call everyone.

But prayer calls and public announcements now have to compete with motorised bikes, boats and heavy machinery, as well as surround-sound TVs and pickups, which themselves often carry deafening political campaign slogans.

Council announcements on small islands are today made over loudspeakers, though the symbolism of the shell still reverberates in the form of media outlets seeking to share information. Elsewhere, the resort industry utilises the iconic shell to spread a message of timeless and idyllic island life; a life that, in reality, sounds a lot different.