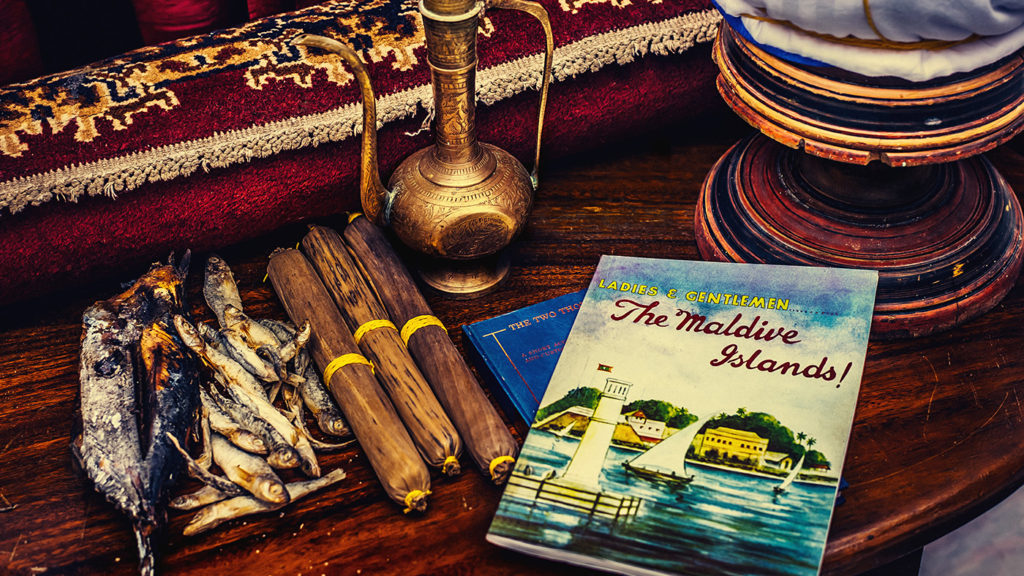 This book has been written for a definite purpose – to make a first and belated attempt to introduce the Maldive Islands to the rest of the world.

Admittedly in this world of to-day, no nation can hope to achieve any measure of success, until she is known, appreciated and assisted; until she has ways and means of connecting herself with the rest of the world; until she starts to have full intercourse with other countries.

The days, during which nations could afford to get on by themselves are over. Now, for the purpose of trade, of education, and culture, one nation needs the help, advice, and encouragement of other nations. And of course, the little Maldive Islands, is no exception. Her days as a terra incognita must be over, and for her to be known, appreciated, and assisted, she must throw aside her veil of shyness and come out into the open……

Published in 1949, the promotional booklet ‘Ladies and Gentlemen: The Maldive Islands’ represents the early steps into the global arena after millennia of relative isolation.

Penned almost wholly by then Prime Minister Mohamed Amin Didi (also using the pseudonym ‘Orchid’), the leaflet provided foreigners with information on the life, culture, and – most importantly – the economy of the Maldives.

Behind this bright and breezy booklet, however, lay the hard truth that the people of the Maldives were starving. The economic tsunami of World War II had washed over the unsuspecting islanders, with depressed regional trade exposing the vulnerability of the nation.

As a beleaguered British empire withdrew from India and Sri Lanka – the ‘British Commonwealth’ became ‘the Commonwealth’ – the Maldives took its first nervous steps towards independence; paying its last official tribute to Ceylon in 1947 and signing a new agreement with the British in 1948.

More than 20 years before the tourism value of the islands was realised (and the economy transformed), the booklet touts Maldivian handicrafts being sold in Colombo through the new national trading corporation, whose stated objective was to make islanders ‘commercial minded’.

Additional articles lament the lack of familiarity between Sri Lankans and their ‘kith and kin’, the ‘quaint and strange’ Maldivians who were now almost totally dependent on trade with their north-eastern neighbour.

Despite the progressive Amin’s desire for his country to ‘keep their foot-steps, in their own humble way…in the march of progress’, the trade in dried fish (the Maldives’ de facto foreign currency) could not be adequately supplemented by traditional handicrafts. Indeed, H.C.P. Bell and T.W. Hockly had already reported the laquer work industry as a dying one decades before.

Exacerbated by questionable land use policies, periodic famine continued to stalk the atolls into the next decade and rising tension in Male led to Amin’s ousting in 1953, just months after his appointment as the president of the first republic. 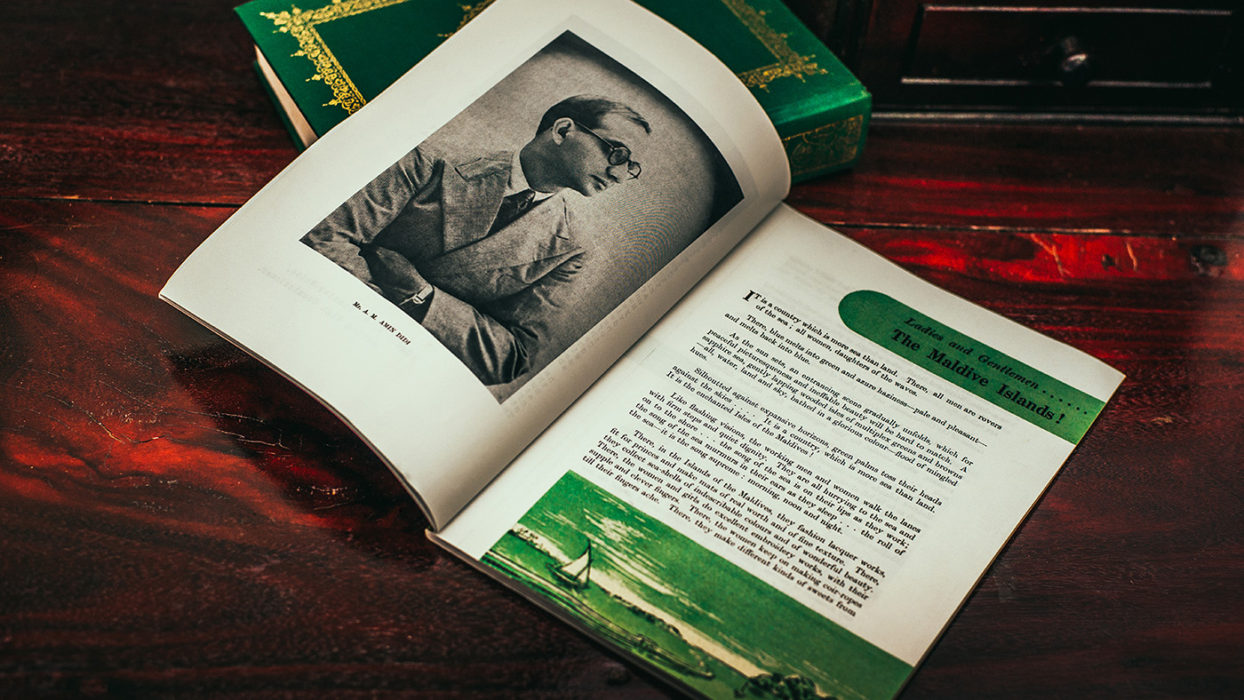 The veil of shyness slipped back over the islands, with only few historical accounts of Orchid’s final days remaining. Perhaps the most detailed, from then US Ambassador to Sri Lanka Philip Crowe, describes Amin as the country’s superman turned sadist following a stroke.

What is known for certain is that an angry mob set upon him as he returned to the capital in on December 31st, 1953. Combined with his already frail health, he passed away as a result of his injuries three weeks later, aged just 42 years. His demise brought an end to the isles’ first experiment with republicanism.

Amin would have turned 55 one week before the country declared independence in 1965, two months before becoming a full member of the United Nations. Three years later, the sultanate would be abolished for the final time, and the change Amin had sought out would finally come:

Until very recently the people of the Maldives Islands have desired nothing so much as to be left alone, uninfluenced by the ‘madding crowd of ignoble strife’ of modern civilisation.

But times change and even the most isolated and most conservative peoples upon this globe of ours, cannot forever hope to escape the changes that are identical with, what we call civilization…