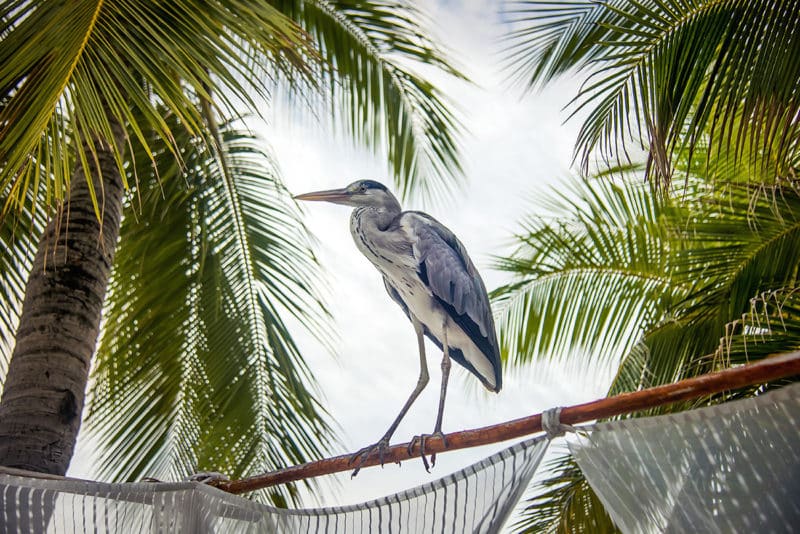 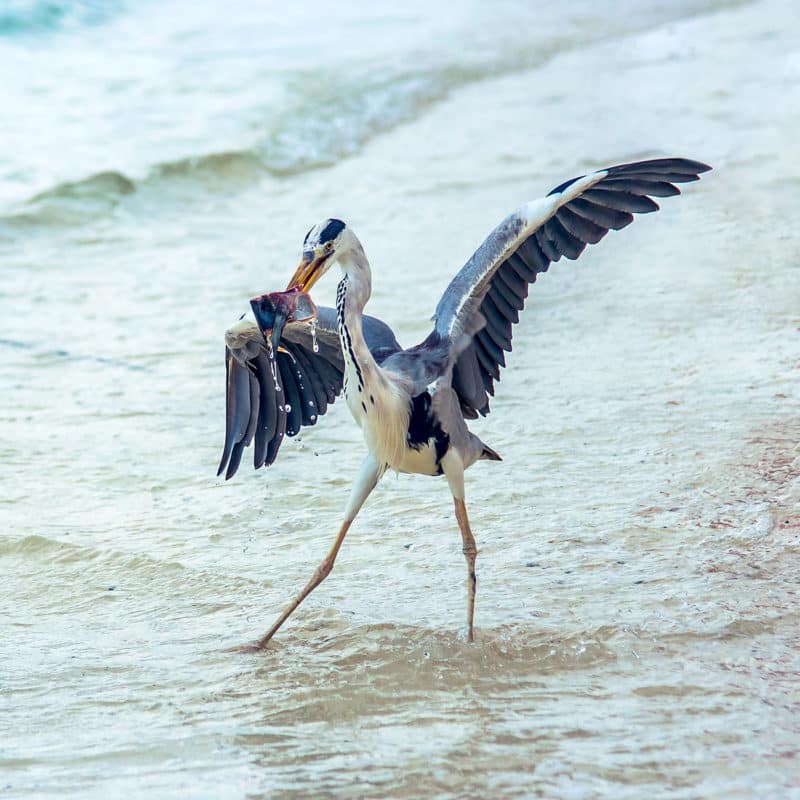 The Maakana, or Grey Heron, is a common character in Maldivian culture, with local tales usually portraying the bird as an obstinate and treacherous character (even as a wise-cracking talk show host).

Though the rich reefs of the archipelago sustain thousands of marine species, there are only a couple of hundred types of bird, with many of these as migratory as the country’s plentiful breeds of tourist.

The role of birds in Maldivian culture is often a helpful one, with unspecified birds said to have guided the the first king, Koimala, to Dhoonidhoo island and then on the capital Male 900 years ago. Outside of folklore, fishermen have traditionally used circling seabirds to locate shoals of fish.

But cultural depictions of the Maakana are more often of a cheeky trickster, greedy and stubborn. Common folk tales see the Maakana conning pals and prey alike, and often meeting a sticky end himself as a result.

Perhaps the most famous tale is told in the ‘Maakana Kalo’ poem. In one version of this poem the heron argues with island characters – from the waves to the people – demanding compensation for their use of the things he left lying around.

Intentionally or not, the first item left behind – the Maakana’s own faeces – hints at the original role birds played in the dispersal of seeds on the exposed reef thousands of years ago. Vegetation, human settlement, the dhivehi civilisation, and now the pinnacle of luxury travel have followed from the deposits of these early settlers.

In the tale of the Maakana kalo, however, the greedy heron continues to trade up through all the island’s products, eventually falling from his tree and being killed by his recently-acquired drums.

The moral of the story is up to the hearer to decide, but the Maakanas still common on the country’s resort islands should probably stick to the simple life.

Thanks to Xavier Romero-Frias, without whom these Maldivian folk tales would remain inaccessible to non Dhivehi speakers.