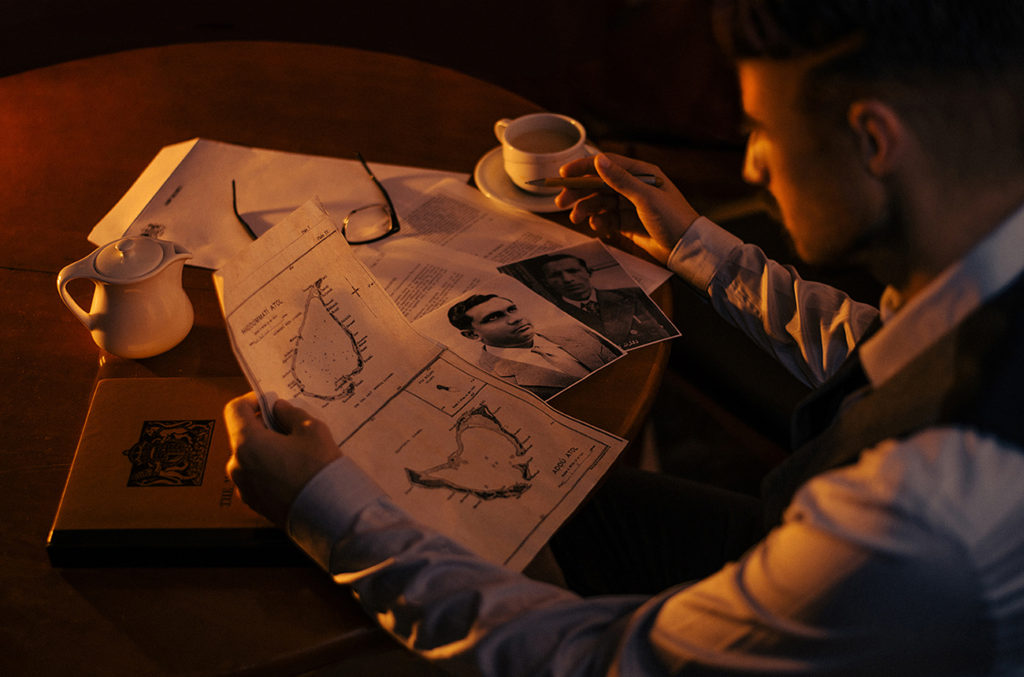 The Maldives and Britain. Dhivehi Raajjeyge and Albion. United by the loose moniker of ‘island nation’ the two share little in common other than a slightly awkward relationship borne of Britain’s neighbourhood colonialism.

Despite the sun setting on Britain’s Maldivian protectorate 50 years ago, the awkwardness continues, with the western nation still the main assembly point of dissidents when political fires break out in Male’.

Although periodic flare-ups continue, the fuel for most Dhivehi anglophobia still comes from the drama of the Suvadive Republic in the late 60s, as Britain sought to secure a military base on the island of Gan, in Addu atoll.

Fallout from this event has led to persistent suspicions of British interference in Maldivian affairs (I should know), and a long-lasting fondness for the British in the country’s southernmost atoll.

But one rare document can shed a little more light on the prickly legacy of this period. Previously confidential, this file gives fascinating insight into Britain’s position as it sought to secure a military foothold in the Indian Ocean – by hook or by crook.

Penned by then-Secretary of State for Commonwealth Relations Alec Douglas-Home, the 1959 cabinet memorandum reveals the wily statecraft honed by centuries of empire, up against Ibrahim Nasir’s bullish government.

Britain’s only aim in the Maldives is to secure a long lease on Gan, the secretary told colleagues in London, acknowledging that the breakaway Suvadive Republic could provide vital leverage against a Male’ government who clearly wanted the British out.

“The revolt of the Southern atolls is of practical benefit to us. It has enabled us to complete the staging post without friction and has frightened the Maldivian Government who fear we may recognise Suvadivan independence.” 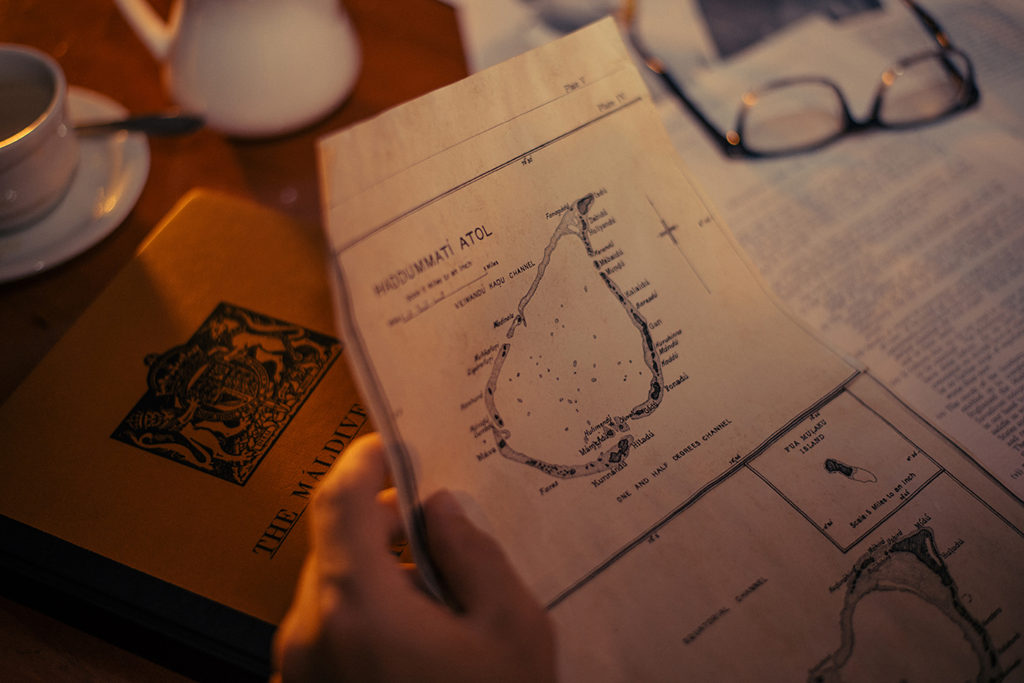 Douglas-Home’s briefing had been prompted by the Male government’s announcement that it wished to resume lease negotiations, though it was argued that facts on the ground had made the need for such a deal questionable.

“Ideally it would be convenient – and helpful from the propaganda point of view – if we could get the Maldivian Government to sign the detailed agreements covering the day-to-day operation of Gan. This is, however, neither essential nor even urgent. On the whole, delay is on our side and to their harm.”

“[I]t can safely now be said that whatever happens we have our airfield. It would be virtually impossible for the Maldivian government to turn us out. Moreover we have an excellent working relationship with the local people at Gan. In other words, we have got everything we want as the Maldivian Government have so far got nothing. These are the facts that count.”

The document reveals the British government’s opinion that Nasir had approached India, Ceylon, and even Gamal Abdul Nasser’s fledgling United Arab Republic, with the hope of shifting the RAF from Gan. 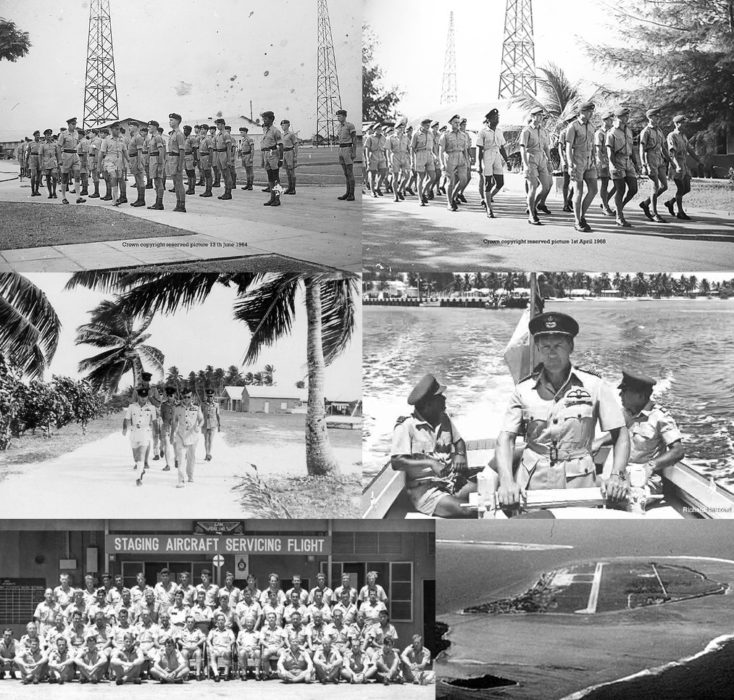 “We should be taking under our wing a non-viable group of three atolls…with a total population of 20,000. We should certainly be obliged to support them economically for an indefinite period and very likely also to defend them from attack by the Male Government, which would be an exacting commitment”.

“But short of recognising the Suvadivan dissidents there are ways in which we have profited from the rebellion and can continue to do so. Our good relations with Afif, the Suvadivan leader, have enabled the work on the airfield to proceed apace since he took over. It is due to him that the frustration and delays imposed by the Male Government have been removed.

With this co-operation we have made an arrangement whereby the last of the islanders will be removed from Gan leaving it completely free for the airfield. We have the full co-operation and goodwill of the local populace who know they are ultimately dependent on us for their safety.”

Despite referring to the Maldivian government as “an unsophisticated lot” likely to be overawed during negotiations, Britain would eventually have to pay considerably to secure the lease they craved, agreeing to special grant of £100,000 and further £750,000 for specific projects in 1960.

Though Douglas-Home expressed his opinion that Afif and the southern inhabitants should not be simply “thrown to the wolves”, Britain would be accused of exactly that as Male took out its fierce vengeance on the south once Britain had agreed to Male’s legitimacy.

Despite this protracted game of chess – in which the southern people of the Maldives appear to have played the pawns – Britain’s use for the base in Gan ended with the disbanding of the RAF’s Far East Force in 1971.

Operations wound down, and the base was eventually abandoned in 1976, just half way through the agreed period.

“If that [airfield at Gan] is attained, the affairs of the rest of the Maldives will be of no more interest to us than they have been in the past hundred years, although we should perhaps be more alive than in the past to our moral responsibility for their welfare.”

By October 1963, Britain had assisted the defeated Afif’s exile to the Seychelles, while Douglas-Home had begun his short stint as prime minister. Nasir would oversee the transition to full independence in 1965 before becoming first president of the 2nd republic.

Perhaps more confirmation than revelation, this document makes vital reading for anyone interested in Britain, the Maldives, permanent friends, and permanent interests.