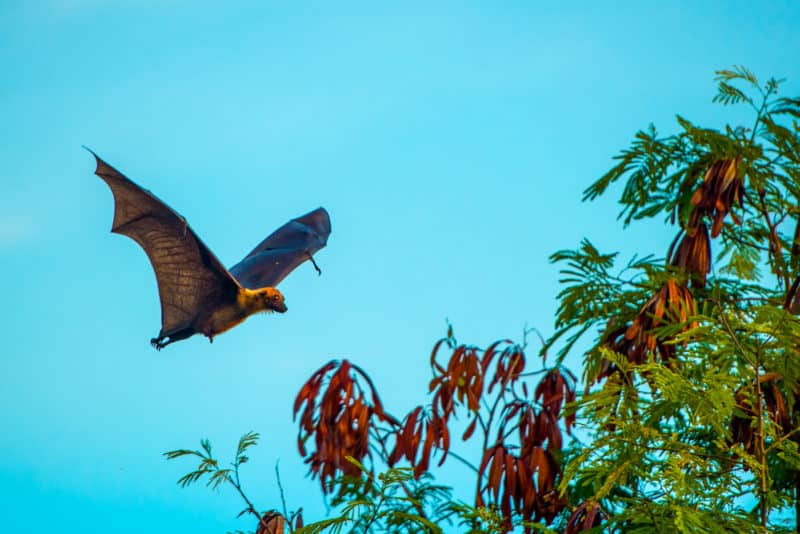 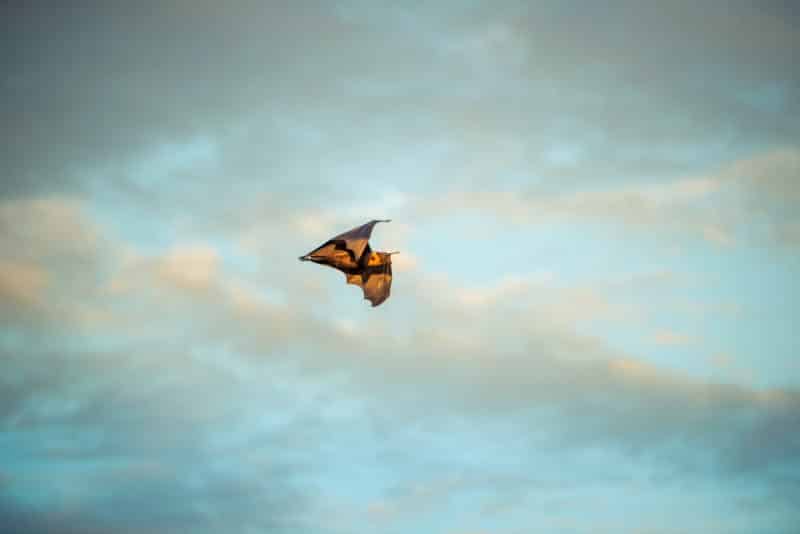 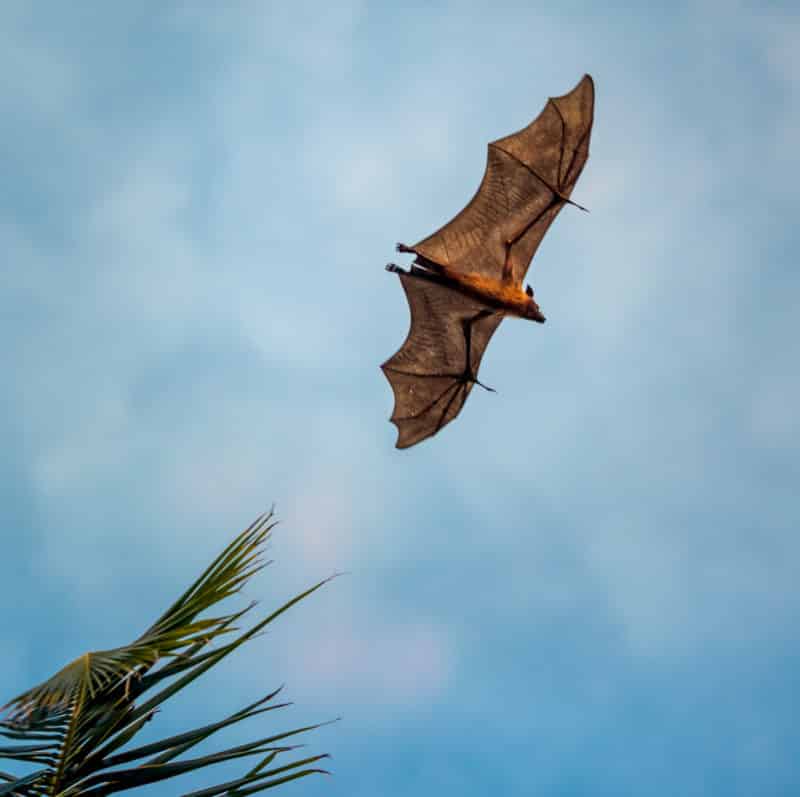 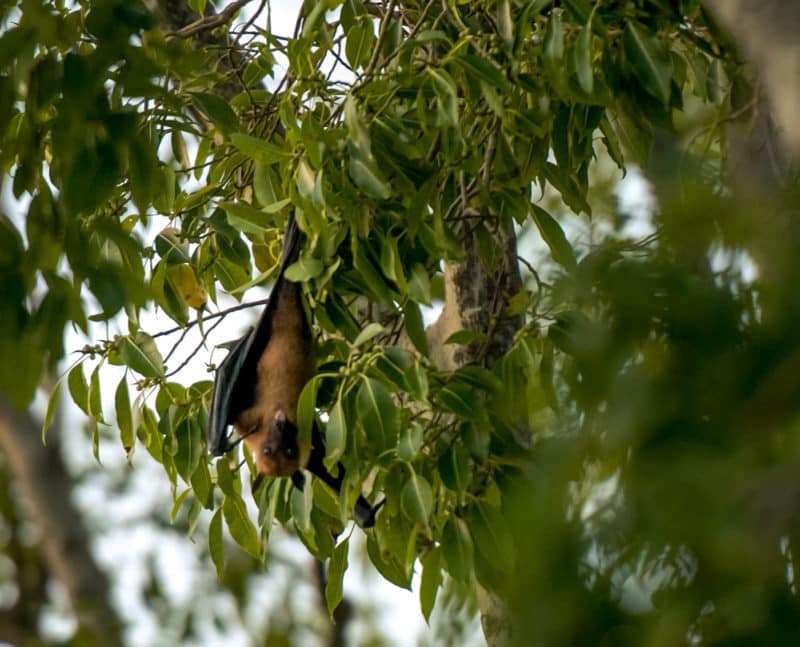 Wildlife in the Maldives is not usually found in the skies. Celebrated for its marine species, the islands have little animal life beyond lizards, cats, rats, and a few species of waterbird who prefer limited altitude.

But anyone visiting the islands for the first time is likely to be awestruck by their first sighting of the Indian Flying Fox – or fruit bat – whose 4 foot wingspans enjoy the freedom of the skies as dusk falls in the atolls.

In the absence of their natural predators – snakes and birds of prey – these bats, known locally as vaalu, are abundant in the islands. Revered in Tamil Nadu and eaten in parts of Polynesia, Maldivian bats are regarded with disdain – neither sacred nor snack.

While fish bring food and tourism, harmless birds and crabs at least have their place in Maldivian folklore. The flying fox, however, makes little apparent contribution to island life, beyond its unglamourous role in seed dispersal (which can seem rather unhelpful when they ‘disperse’ just above your head).

In fact, the collection of these seeds more often brings them into conflict with their only remaining predator – the Maldivian farmer/gardener. But even these hazardous humans are shrinking as a threat, with island communities having thinned noticeably in recent years.

A request to the government can be made when the tropical tree-dwellers become too much of a nuisance, but mostly the skyline is theirs.

Tactics such as scarecrows, nets, and tin cans – attached to string and periodically shaken – are used less and less as imported products and exported islanders reduce the importance of home grown food.

That these pests may be regarded as interesting – or even cute – by foreigners seems strange to locals, but 40 years ago so did the idea of lying in the hot sun on the edge of the island with the boats and the garbage.

Perhaps nature enthusiasts may soon transform this pariah of paradise into another precious commodity.