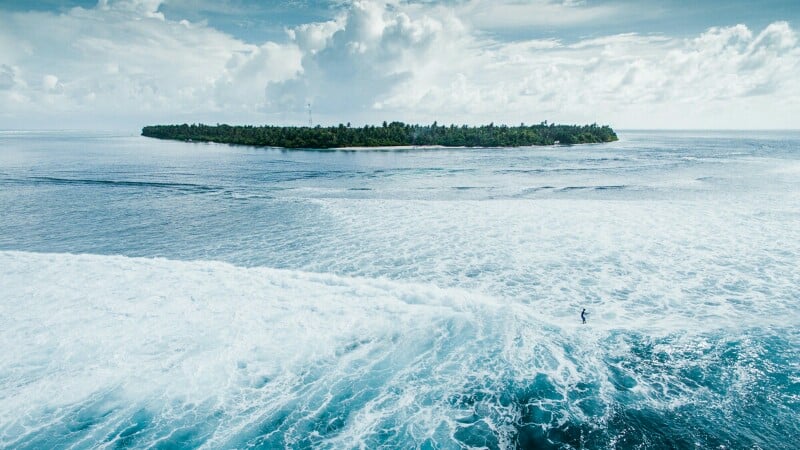 So, this is the last blog post from Huvadhu. We’re waiting out a few storms, and the odd delayed boat and flight, with friends in Madaveli before heading back down to Addu to have a long think about what we’ve found in the atoll…and to ‘refresh’ our wardrobe.

But our last island, Vaadhoo, will live long in the memory – in part because it’s an island which itself has such a long one.

After so many islands in such a short period of time, we’ll be honest, a couple have started to blend together (Huva-de-ja-vu). But there’s not much chance of this happening with Vaadhoo. As attractive an island as we’ve seen, with wide sandy streets ceding quickly to forest and farmland, Vaadhoo is also Huvadhu’s historical hub.

Starting in the jungle, past fields of brinjal and watermelon, the island is home to two of the best-preserved hawittas we’ve seen. The ‘bodu hawitta’ in particular, despite continued signs of a thousand years of pillage, is the best we’ve come across since Fuvahmulah, making most of the others in the atoll look like…well, like little piles of rocks. 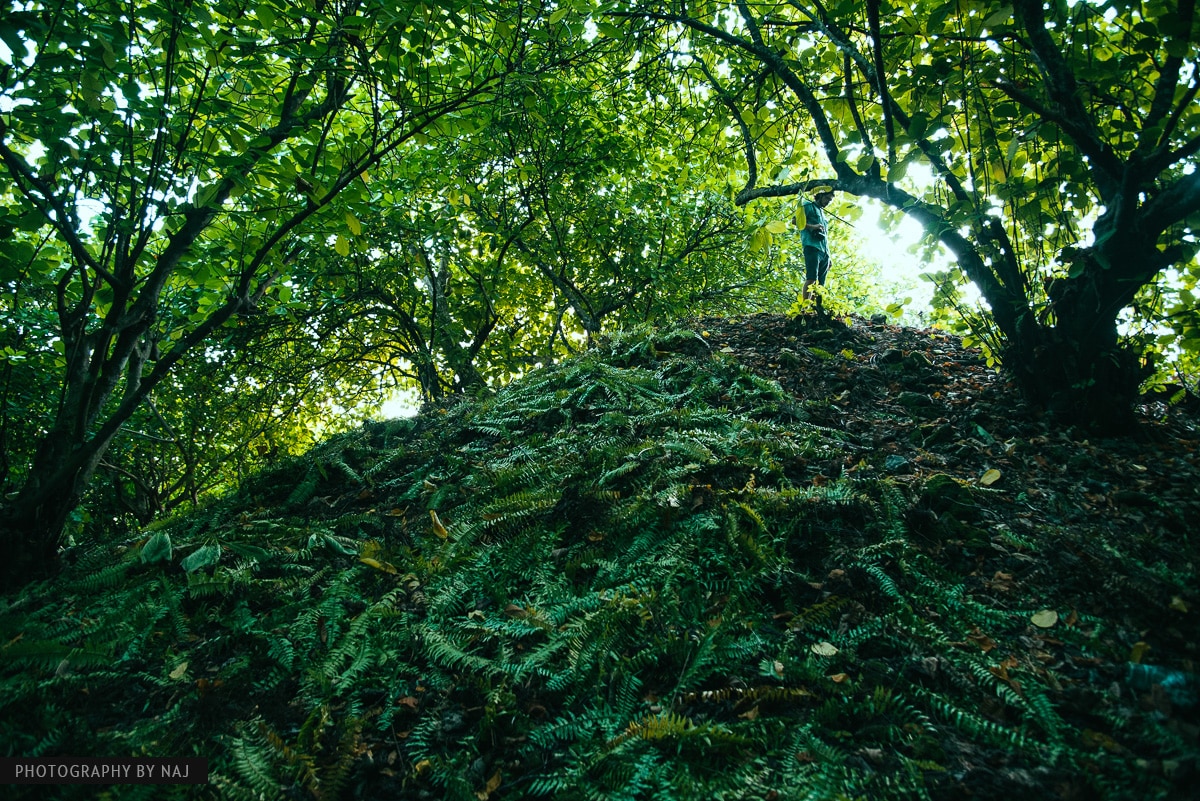 On the opposite side of the central settled area – Vaadhoo Village – a far more recent, but equally obscure piece of the past can be sensed, if not really observed. Lying just off ‘Kaanzee Magu’, lie the remains of what is said to have been the home of a 16th century Portuguese noblewoman, shipwrecked in the atoll and claimed as a prize by local leaders. Kaanzee (Khanzi) Kamana’s son, legend tells, was none other than Andhiri Andhirin, leader of that century’s Portuguese occupation. With no official Portuguese corroboration of this crucial period in Maldivian history, it seems unlikely anything more about this lady will ever be known.

Closer to the heart of island – in more ways than one – is the final resting place of perhaps the Maldives most famous teacher, Mohamed Jamaluddin – also a 16th century figure. Most people who’ve spent time any time in the Maldives will have heard of him, though usually in relation to the Male’ school named after the Hadhramaut-trained scholar. In fact, the frequent association with the capital has led to local concerns that Vaadhoo’s most-vaunted has now been fully appropriated by Male’ meehun, despite the fact he shunned a life of privilege there in favour of the south.

Some also want answers as to the modern-day whereabouts of historical artefacts, including a golden skipjack tuna, taken from the island by officials in the 1980s. As for us, we can’t help wondering if Jamaluddin and Khanzi’s residence on the island could have overlapped. Her fate is entirely unknown, though his death is fabled to have come after unwanted female advances caused his heart to give out. If they did ever meet, it’s likely she would probably have been a very old lady…probably past her heart-stopping days. 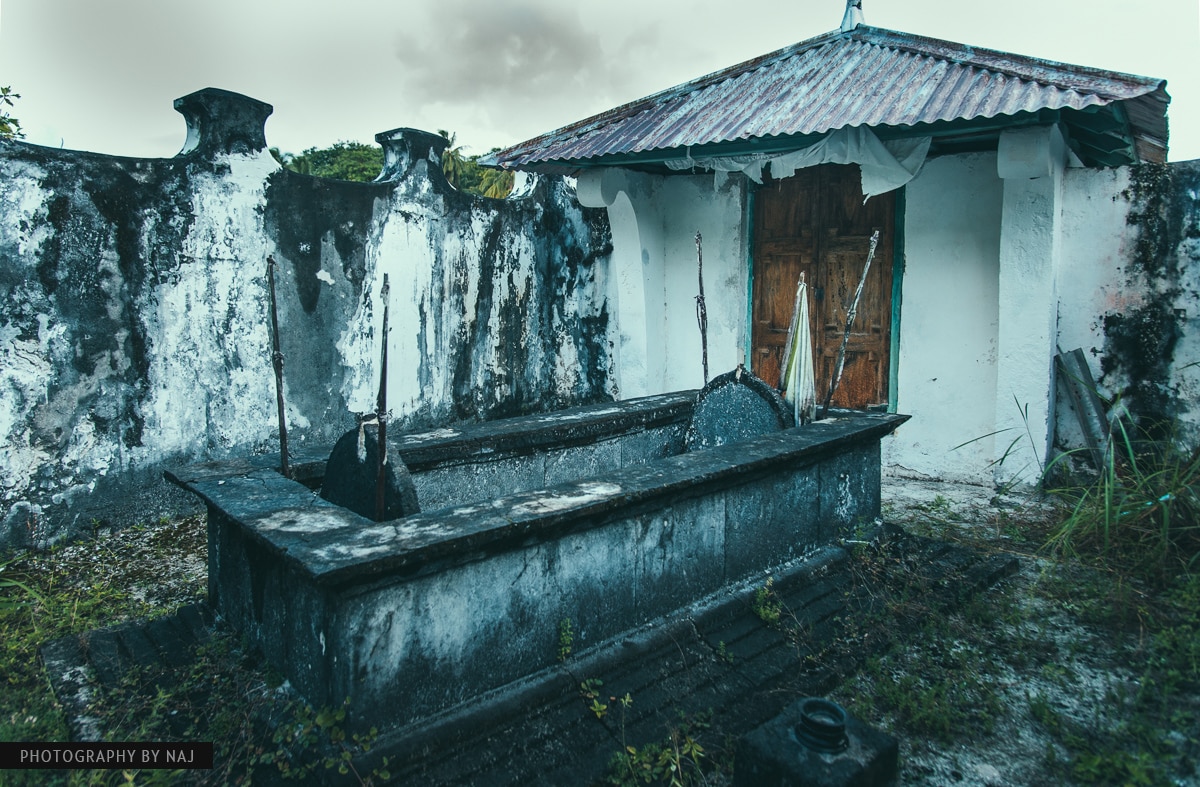 Jamaluddin’s tomb – or ziyaaraiy – was venerated a little too zealously until (very) recently, with offerings made by those seeking to overcome personal problems. In particular, people would leave gifts by the grave of the country’s top scholar to try and improve their own grades (makes sense), though some former students recall being forced to eat sand from the shrine (doesn’t make sense). For those seeking help with fishing, weather or pregnancy, other ziyaaraiys are/were available. Contemporary religious attitudes – and child protection laws – have curtailed this traditional practice.

The porch area of the adjoining mosque is thought to be where Jamaluddin gave lessons, though specifics of his life would no doubt be easier to obtain had construction of the nearby Jamaluddin library progressed beyond a concrete shell before work ceased around ten years ago.

Elsewhere in history, otherwise known as ‘recently’ (or last week), Vaadhoo is notable for its surf breaks, with the island’s own ‘Blue Bowls’ break one of the most consistent in the country. While overcrowding on the better-known reefs around Male’ is becoming a major problem, down here local surfers have the place more or less to themselves, with the odd safari boat now supplemented by tourists at the Vaadhoo’s only guest house.

In short (or, not so short…we could go on), we really feel like we were able to finish the atoll tour in style with Vaadhoo. Picking out a favourite island is hard to do – and may get us in trouble with some of our new friends nearby – but it’s hard to shake the feeling that we saved the best island til last…or definitely one of them. (Nice save!)