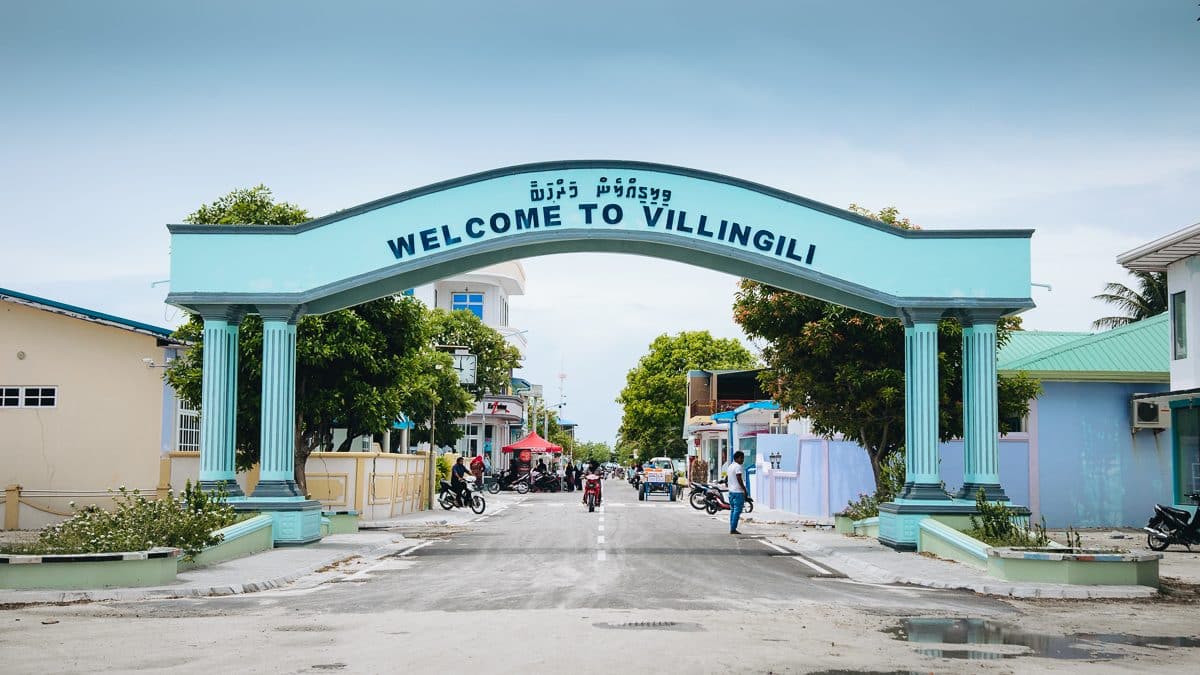 After a few weeks in the sticks, the call of the big city was irresistible, so we headed off this morning to catch a ferry from Maamendhoo to Villingili, the atoll capital.

After waiting out a few last minute clouds, we set off, weaving our way to the outside of the atoll, rocking violently as the captain made his turns in the rough channel. 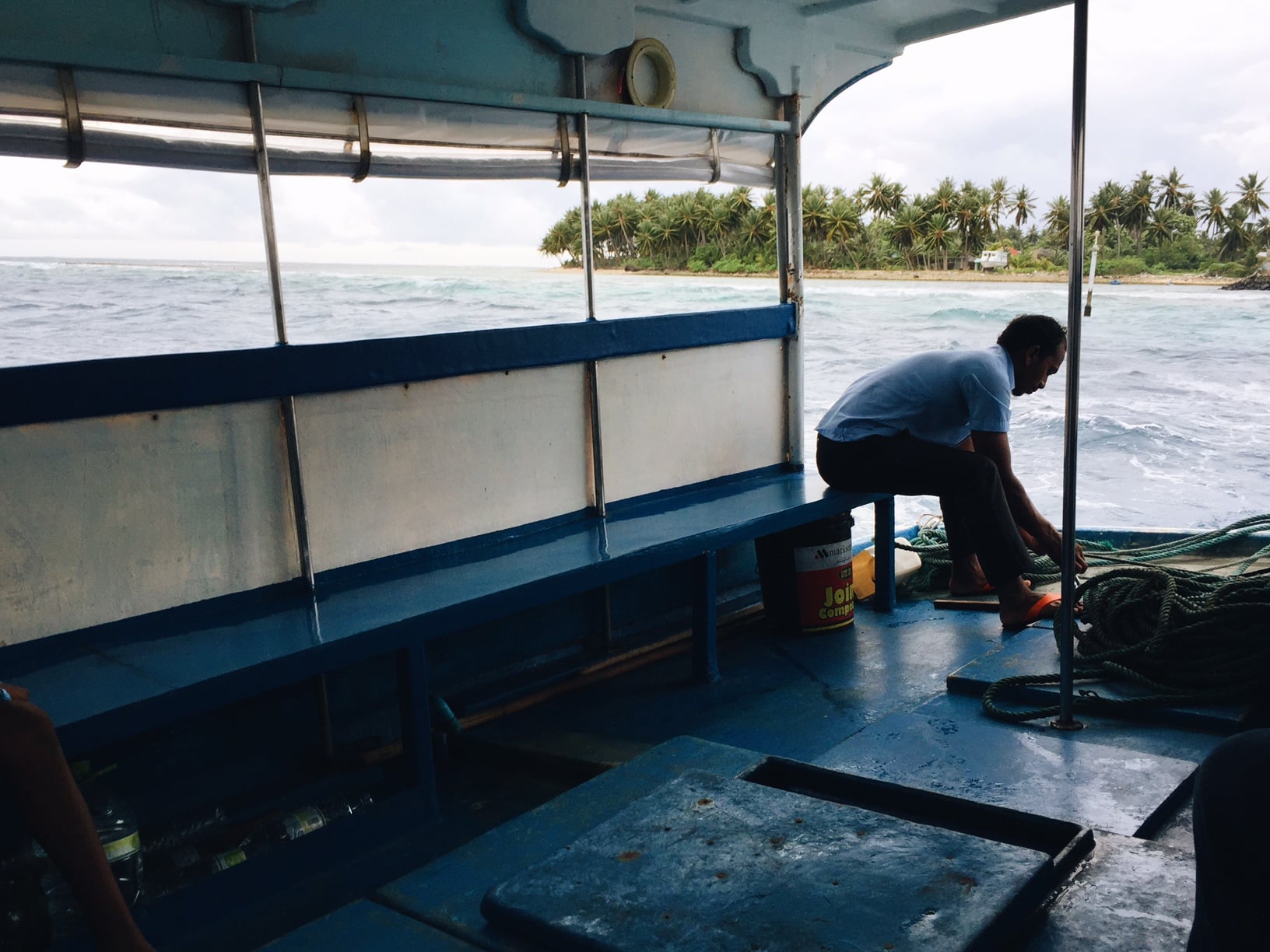 We arrived safely in Villingili (or ‘Villigili’) around 30 minutes later, a place where the streets are paved with…well, they’re just paved, which we haven’t seen since Feydhoo. ‘Viligillen Marhabaa’ reads the welcome sign leading down the freshly tarred main magu.

The harbour is packed (so much so that one irate gentlemen was being fished out as we arrived) and the streets are buzzing with people making their final preparations for ramadan.

We were soon greeted by our new hosts and friends, who numbered more people than we’ve seen at any one time for a couple of weeks (that’s about 8). 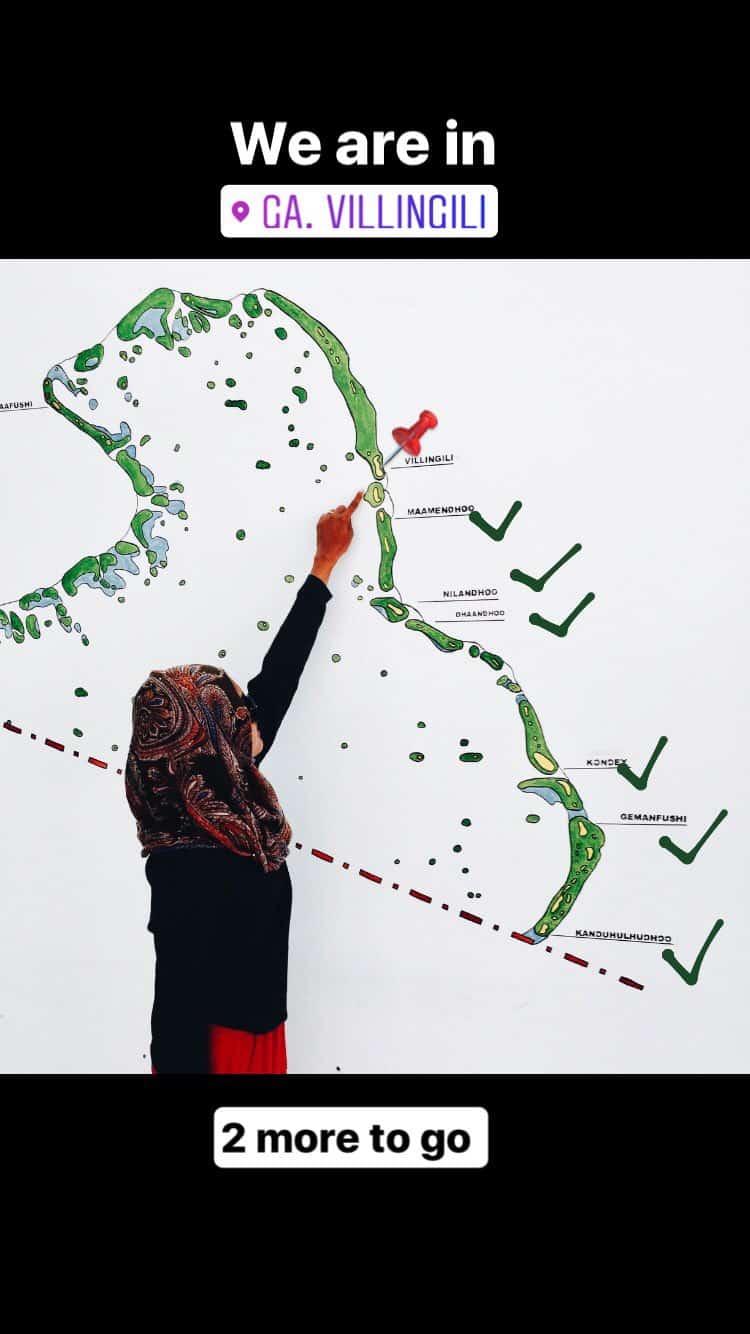