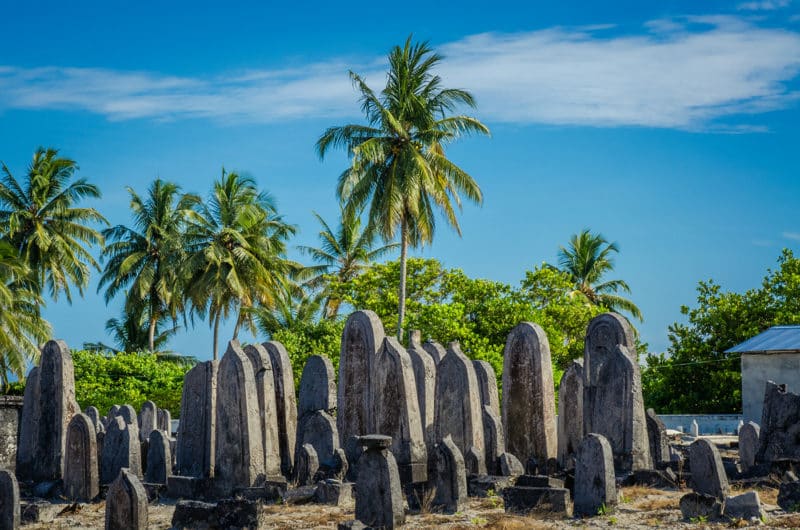 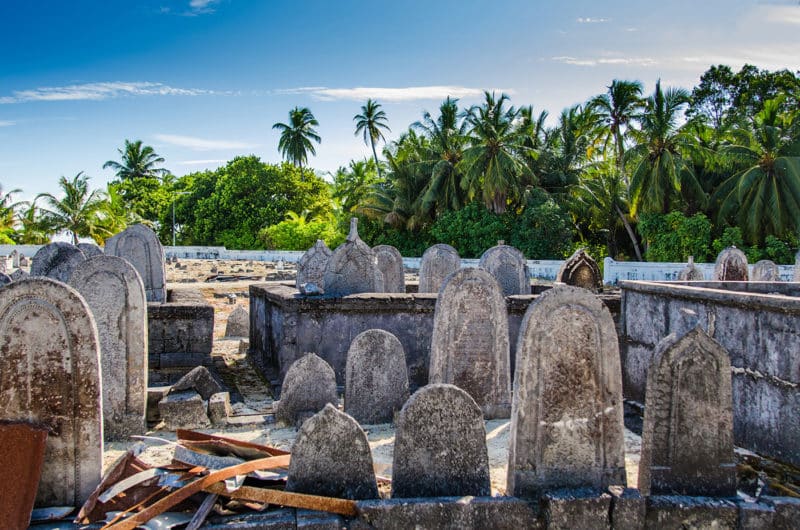 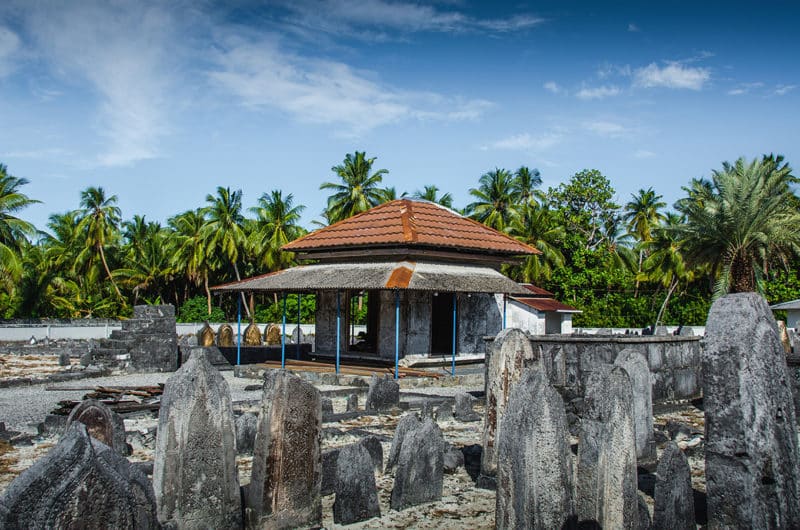 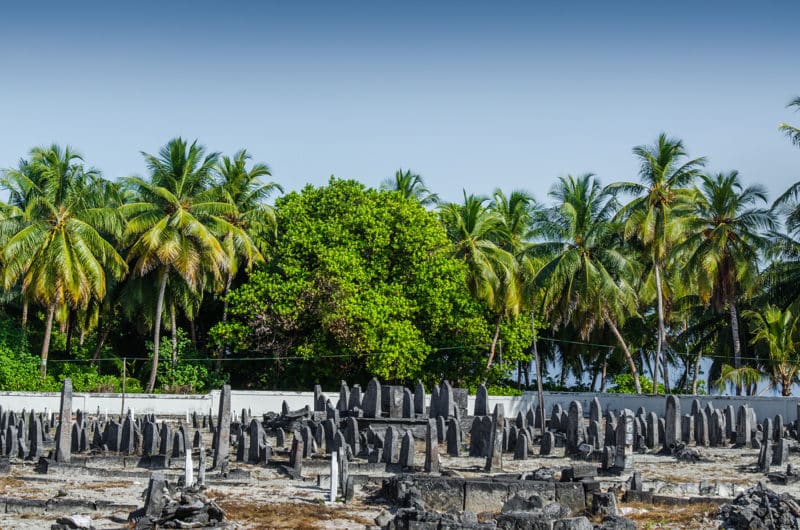 The island of Meedhoo in Addu Atoll is home to the Maldives’ oldest cemetery, Koagannu, which is said to contain the remains of the man who first converted the islands to Islam.

While the official conversion story of the Maldives depicts a Male-based, quran-reciting, sea-monster-slaying Berber named Abu al Barakat as the man responsible for turning the archipelago from Buddhism to Islam in 1153, Addu history tells a different tale.

‘The Book of Ancient Meedhoo History’ claims that a man named Yoosuf Gadir had arrived in Meedhoo 28 years earlier, launching his own proselytising mission (which also featured the same troublesome fureta) from the south .

This version has subsequently been used to make the claim that Meedhoo – rather than the capital Male – is the home of Islam in the Maldives. This was most notable during the brief secession of the southern atolls in the late 1950s, as the United Suvadive Republic attempted to bolster its own nation-building efforts.

With Male soon overcoming the Suvadive revolt, however, its version of the conversion tale appears to have won out, with Barakat claiming the title and his tomb still taking an honoured place in the capital.

But the fact that the name of the man buried in Male’s medhu ziyaaraiy is itself not agreed upon – with some historical documents naming a man from Tabriz called Yusuf Shamsuddin – suggests that it is not the facts that count.

Tales of sea monsters and the overnight conversion of hundreds of islands have always suggested the story was far more symbolic than factual. Competing versions from the south would appear to prove this, suggesting that the man in Meedhoo’s title challenge is not necessarily over. 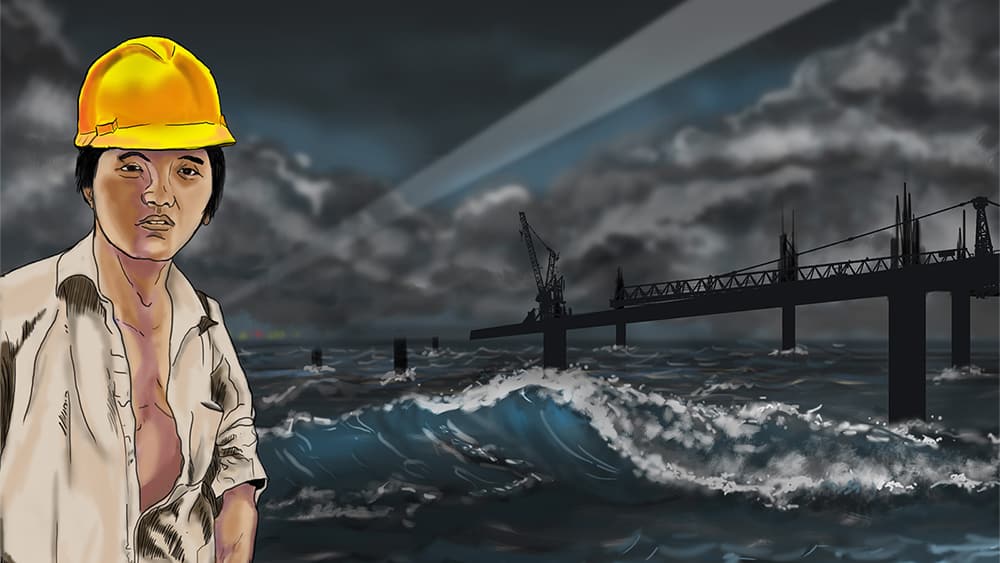 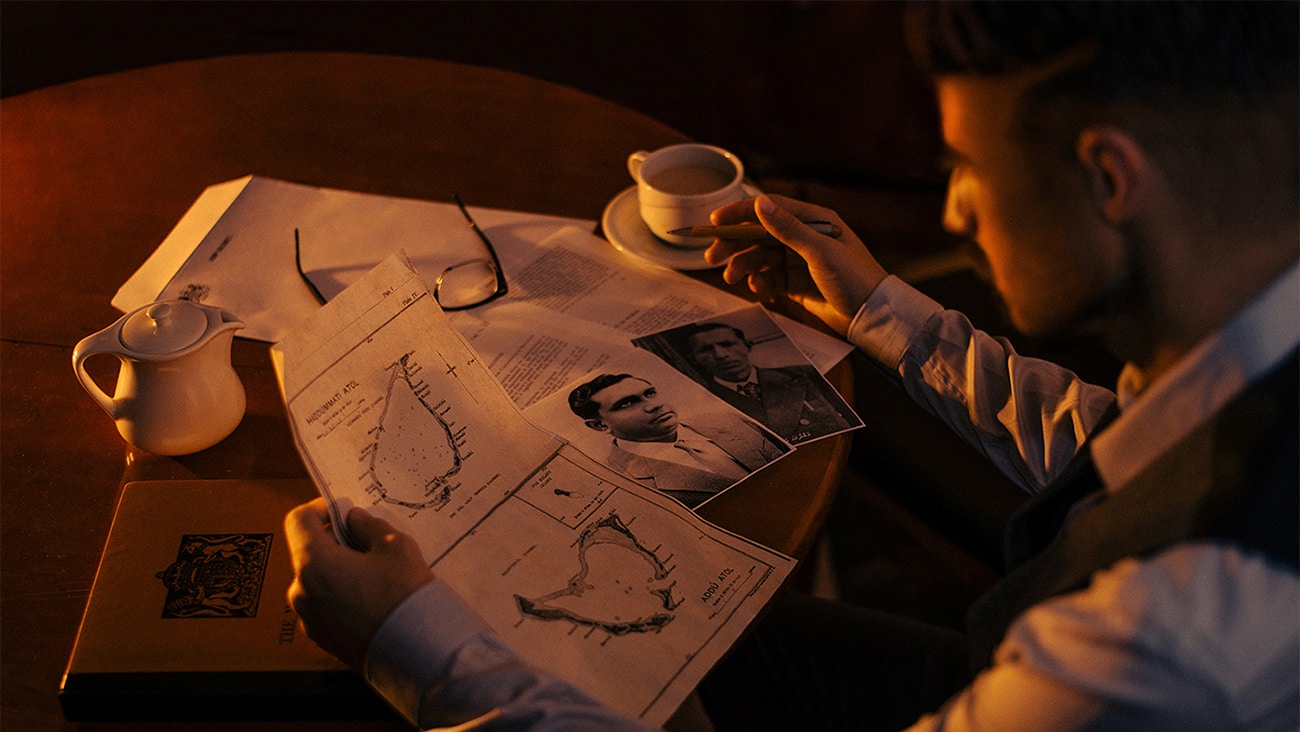