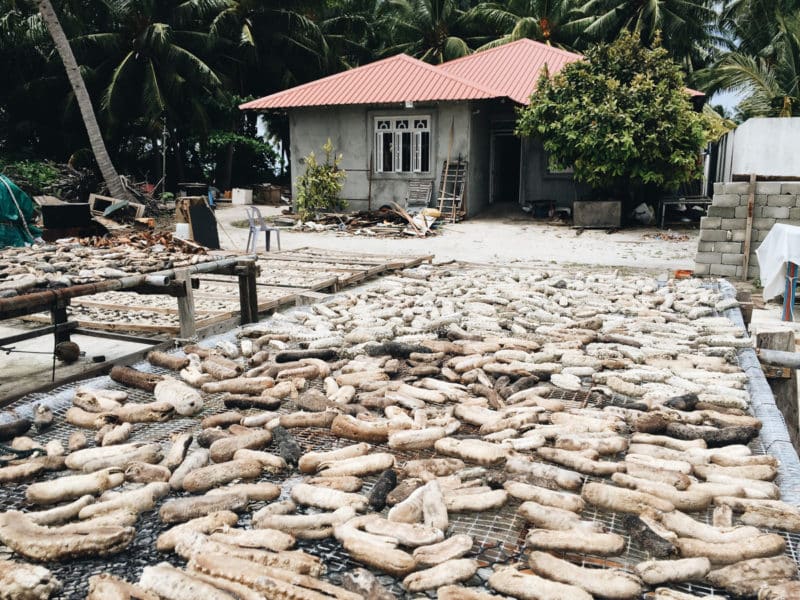 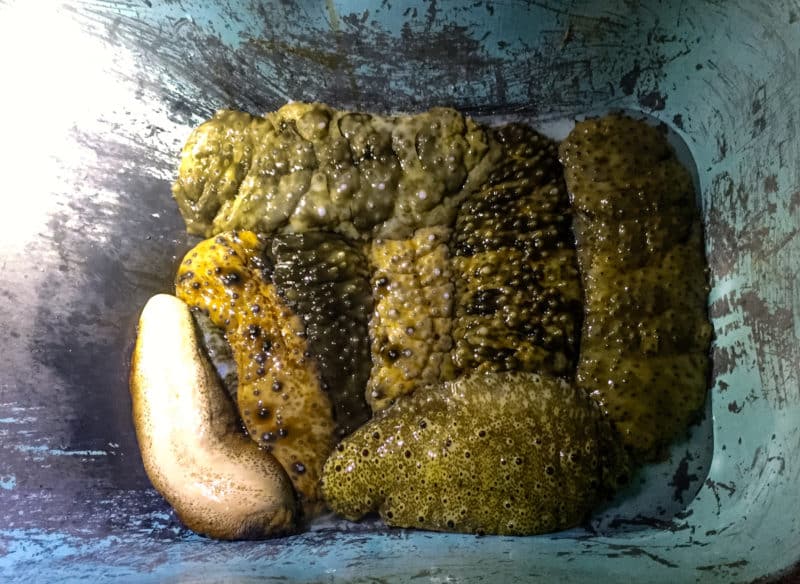 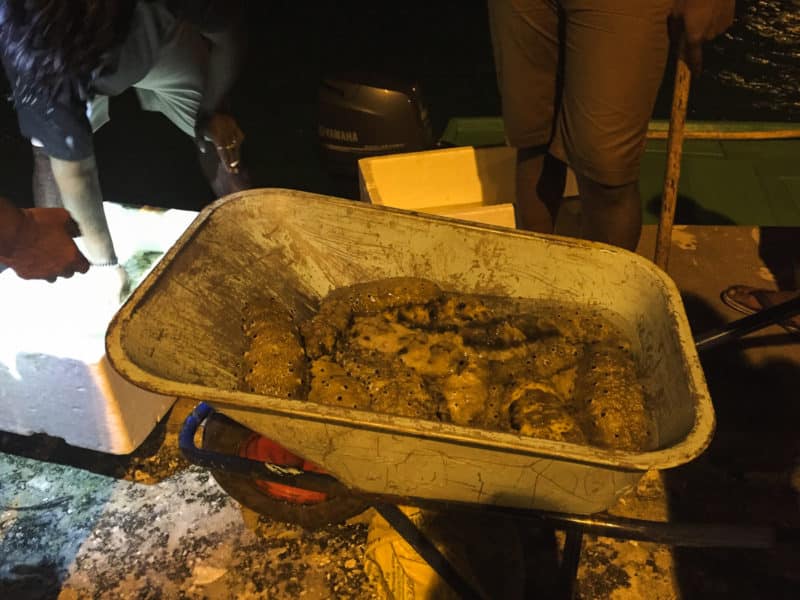 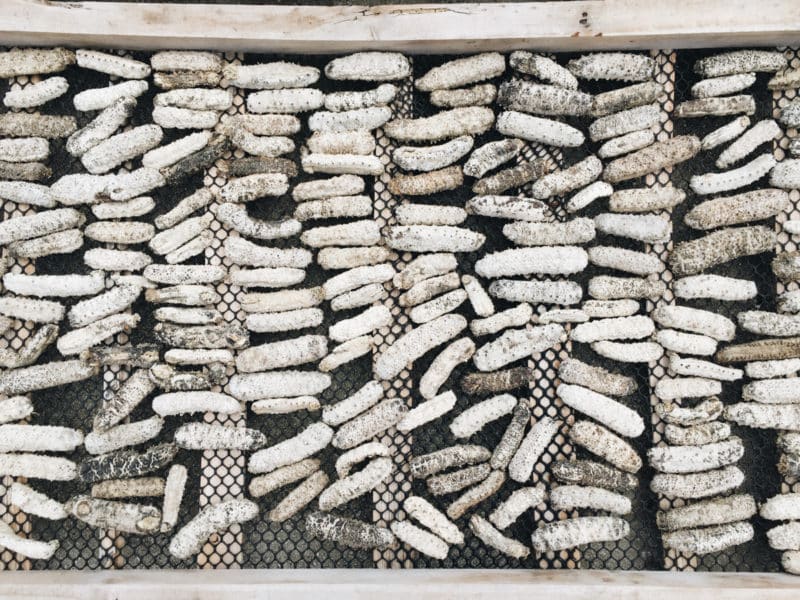 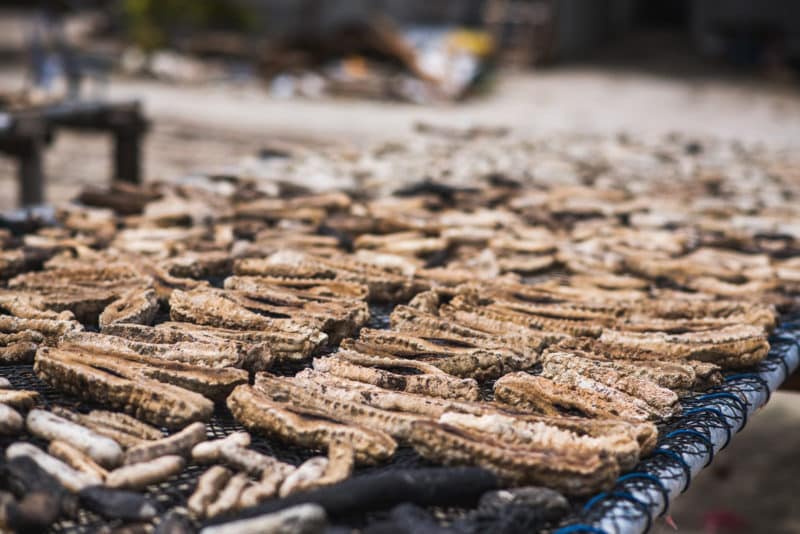 He watches as his partners emerge from the ocean gloom into the orange glow of the streetlamps, wielding bags that bulge with tonight’s trade. He says nothing, only counting with a hand-held clicker as the strange looking creatures are emptied into a wheelbarrow one by one; he speaks no Dhivehi.

He types out the price on a large calculator; MVR62 for the ugly looking grey ones that live a few feet down on the reef, MVR500 for one of the knobbly brown kind found at far greater depths. He will fetch a far higher price for them back home.

He shows the numbers to the collectors before fishing around in his waist pouch and handing over the money; he speaks no English.

The next afternoon, on the opposite side of the island, a large cauldron boils the last of the catch, while racks of the same are drying in the hot sun nearby. Shrunk down to a tenth of their size, the tubes of leathery flesh are now hard and spiky, ready to be packed and shipped to China.

The men involved in this business are ‘trepangers’ – though probably only one of them realises it. Trepanging is the practice of collecting sea cucumbers, and has been an economically important activity in South East Asia for centuries. The species has not traditionally been harvested in the Maldives, though the government has announced plans to begin its own exports this year.

These seabed dwellers resemble a large slug (minus the sparkling personality) and are prized in the Far East for their medicinal and aphrodisiac properties (isn’t everything?). Only a sackful of the 1,250 known species have commercial value, though the high price these can fetch has led to overfishing in many regions and the rise of aquaculture projects in China and Japan to meet demand.

Maldivians, despite (or perhaps because of) the abundance of the Indian Ocean which surrounds them are fairly fickle about what they will eat. Tuna is preferred above all; reef fish if the tuna’s not available, and anything else is normally thrown back. Sea cucumber riha won’t be found in any Maldivian kitchens.

Conversely, Chinese cuisine is famously varied, finding uses and recipes for things most others regard with disdain. Sea cucumbers are no exception to this and those exported from Huvadhu will likely be rehydrated, regaining their slippery texture for oriental soups and stews.

With economic links between the Maldives and China growing rapidly in recent years, it seems that Dhivehi trepangers will soon become far easier to find (if not any easier to say).