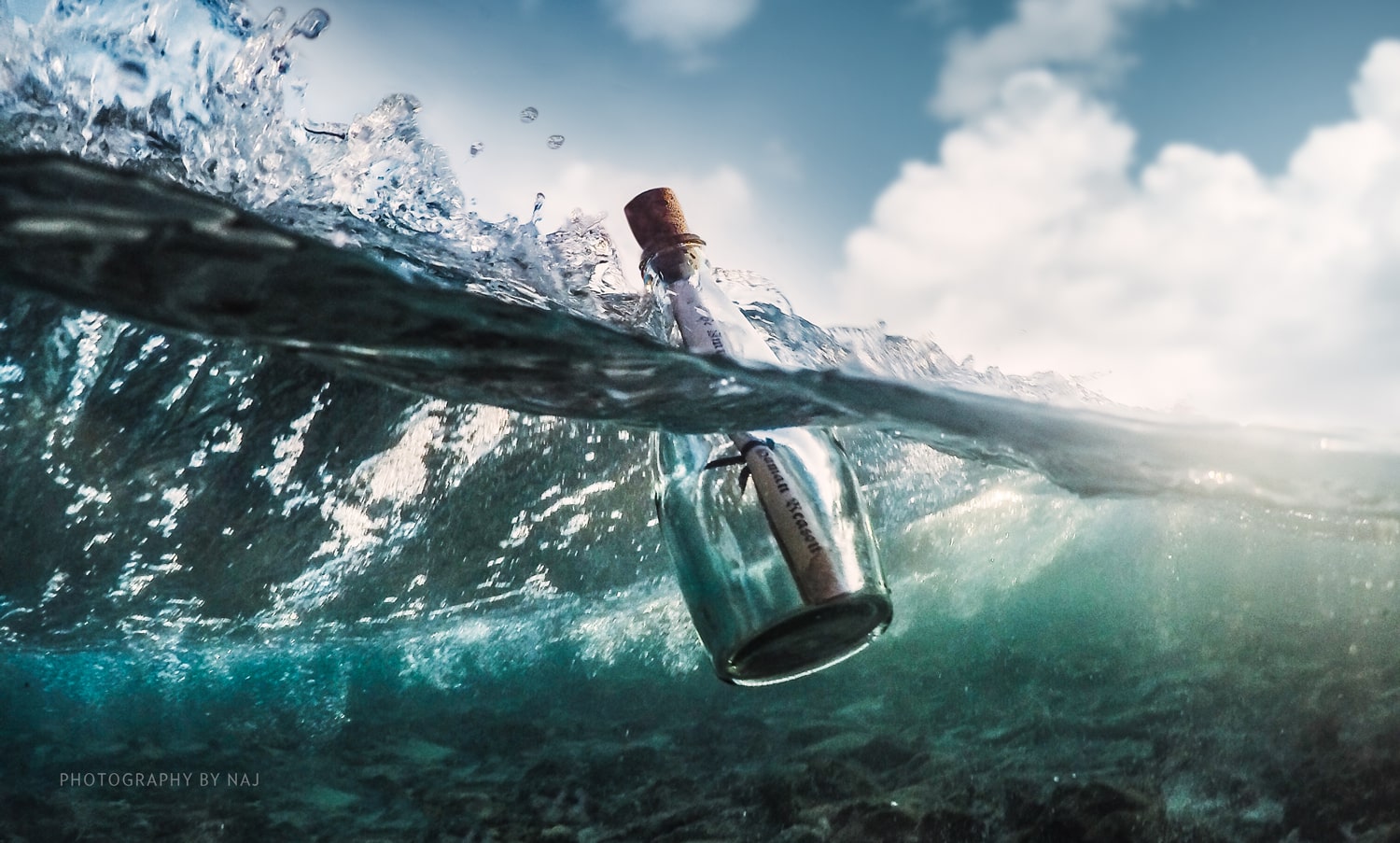 Message in an Atoll (Photography: Naj)

‘Uninhabited’, ‘desert island’, ‘castaway’; these are the words that echo in people’s minds when they dream of washing up in the Maldives. An escape from cluttered lives, worldly responsibilities and complex social systems; the hope of discovering enlightenment in Indian Ocean isolation.

It is undoubtedly this combination of imagery that has led the atoll nation to become one of the world’s most famous tourist destinations. With over 900 islands still – in theory – up for grabs, there is no end of developers looking to create their own lucrative platforms for foreign fantasists.

But when was this mythical message first put in the bottle?

In the early 18th century, Maldivians were getting used to foreigners’ eyeing up their isles, though marauding colonists were not normally welcome. Meanwhile, over in Europe, the Englishman Daniel Defoe was publishing his first novel, Robinson Crusoe, a survivalist tale of shipwreck and utopianism set on a deserted tropical island. 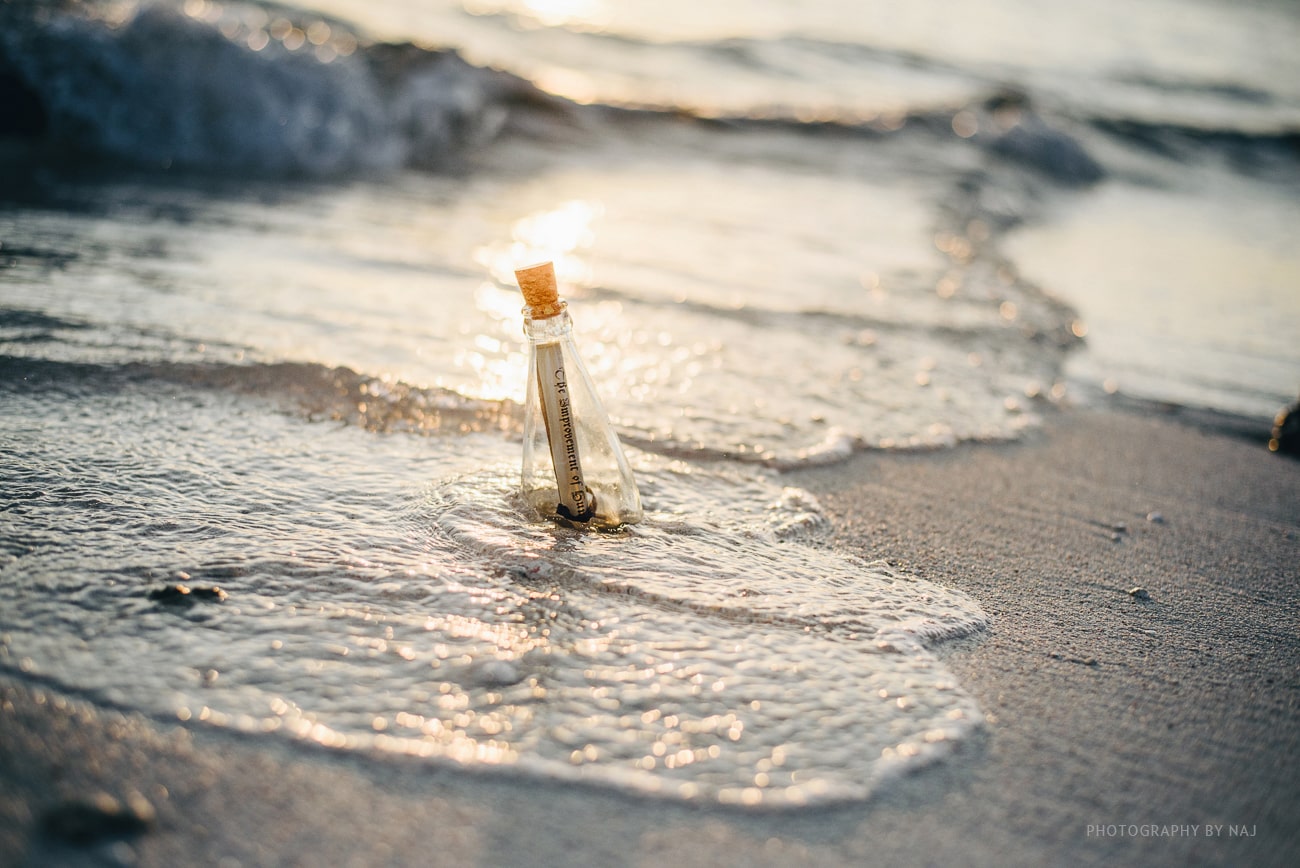 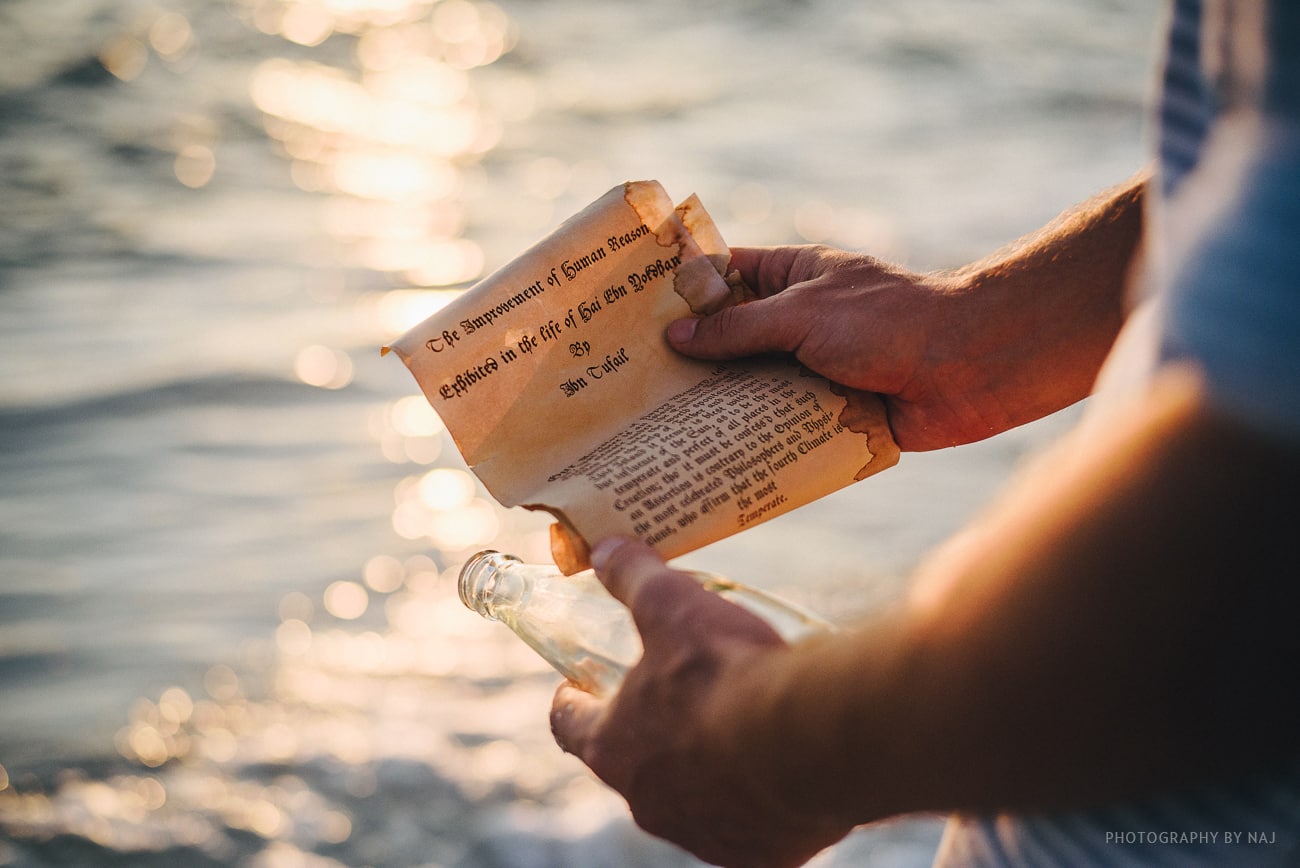 Defoe’s potent cocktail of colonial imagery, escapism and morality would soon become a favourite tipple of western popular culture. Indeed, the so-called ‘Robinsonade’ genre has gone on to include books such as The Swiss Family Robinson, Lord of the Flies, films like Tom Hanks’ Castaway, and Leonardo Di Caprio’s The Beach, as well as many TV and radio shows, (some of which have even been filmed in the Maldives).

Appearing just as Western Europe’s industrial revolution started to sever the people’s ties with nature, this literature undoubtedly fed a growing psychological need for a ‘Maldives’ (or somewhere very much like it); a simple life in tune with creation.

But Europeans at the time (and Brits in particular) had relatively little experience of the Maldives, excepting Francois Pyrard and the Portuguese. Defoe’s Crusoe character found himself shipwrecked in the Caribbean, and one of the author’s main inspirations (the Scot, Alexander Selkirk) was himself stranded in the Pacific.

So, Defoe’s book couldn’t have been inspired by the Maldive islands. Could it?

Drifting back a little further, it seems that Defoe’s vintage of thought-provoking parable may first have been bottled by a 12th century Moorish philosopher named Ibn Tufail. His novel, The Improvement of Human Reason: Exhibited in the Life of Hai Ebn Yokdhan. was first translated into English and Latin almost half a century before Robinson Crusoe was published in 1719 . 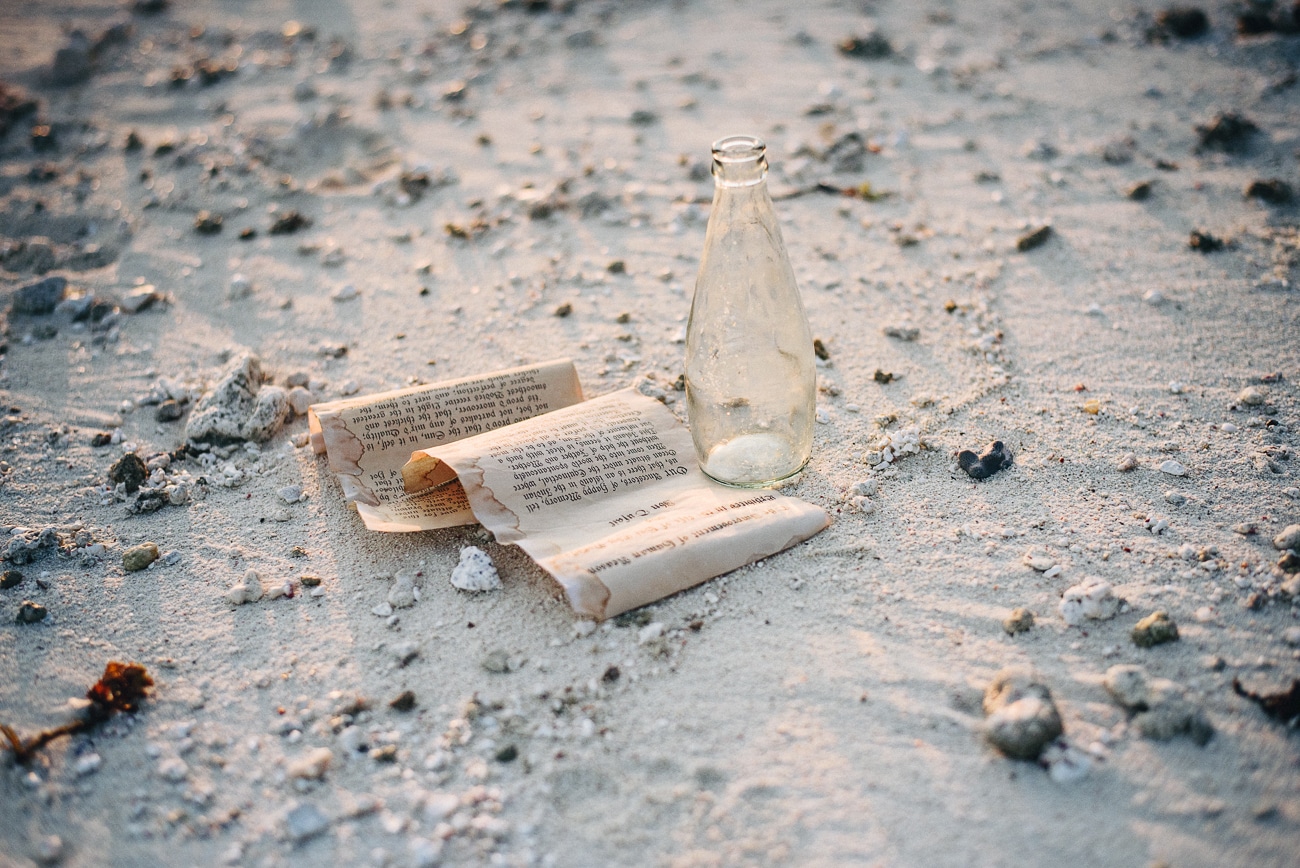 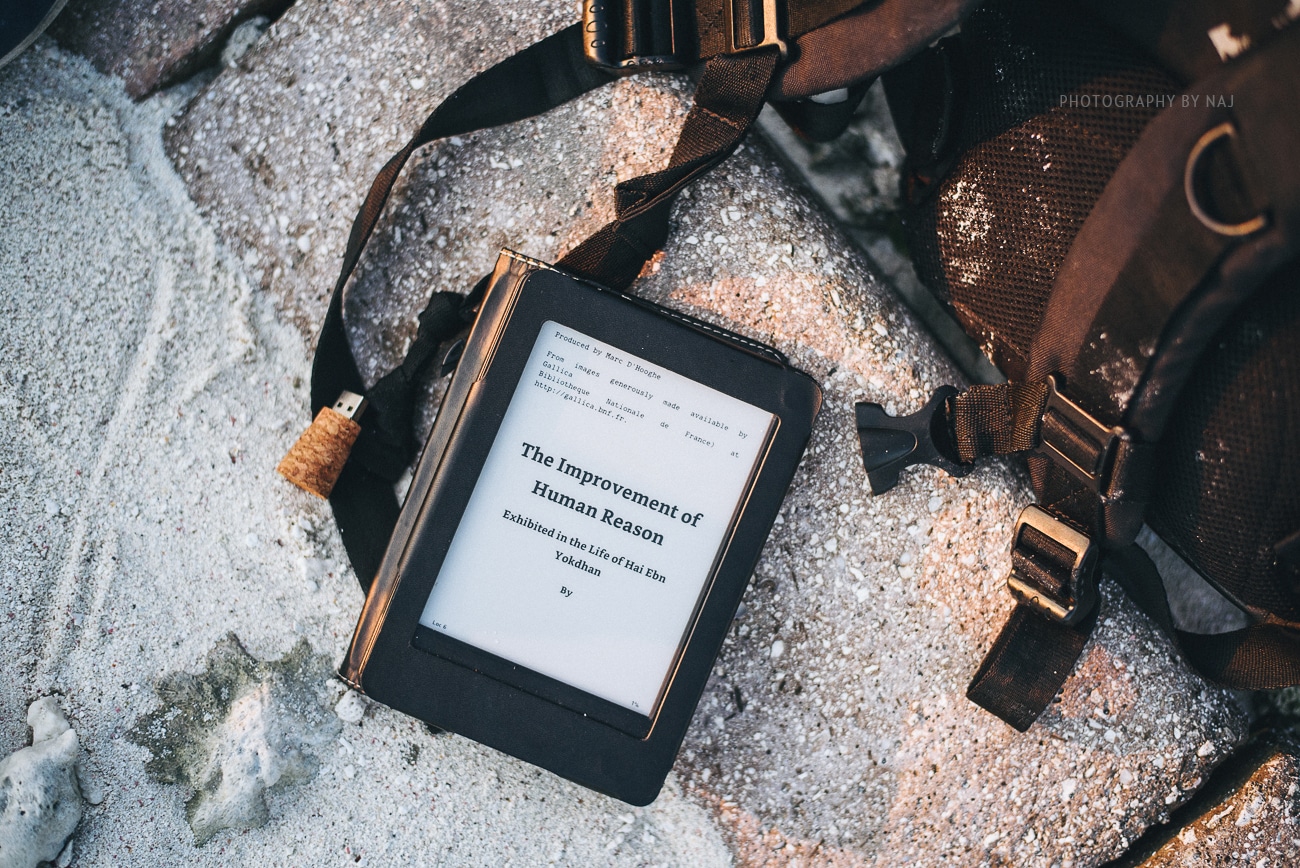 Tufail’s influential work detailed the spiritual growth of a feral child raised by animals on an otherwise uninhabited island. Before Defoe’s Crusoe tackled cannibals, animal husbandry, and his relationship with God, Tufail’s novel took on empiricism, materialism, and the nature of thought itself. And where was Tufail’s desert island? You guessed it; on the Indian Ocean equator.

By the time this theologian, astronomer and physician began writing, his fellow Muslims had been well established as traders on the west coast of India for over two hundred years, bringing back detailed accounts of the region to the Middle East. Indeed, the Maldives’ own conversion to Islam would take place 32 years before Tufail’s death in 1185.

So it seems that the message inspired by the Indian Ocean islands may now have returned to familiar shores. After having enticed Muslim philosophers and English novelists for over a thousand years, the hope of spiritual enlightenment continues to to attract more than a million tourists annually.

An old message in a new bottle.

I began to conclude in my mind that it was possible for me to be more happy in this forsaken, solitary condition than it was probable I should ever have been in any other particular state in the world.

…So all this World is caus’d and created by this Agent out of Time, Whose command is, when he would have any thing done, BE, and it is.

Must focus more on my ‘wellness’ and more ‘me’ when we get home (must Google what that means…wonder if there’s an app for it). Will probably need a yoga mat…and a smoothie maker…and a dry-frier. Yes! A new beginning!!