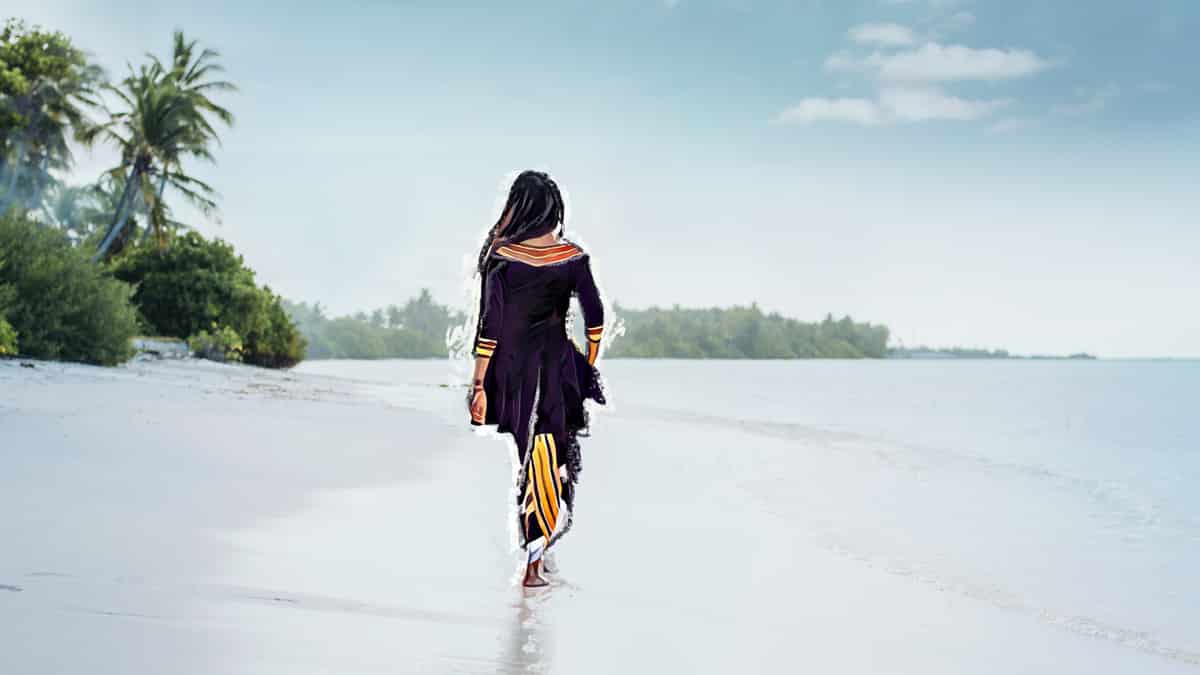 In a country like the Maldives, very little has traditionally been written down, and what is recorded is seldom trusted. As a result, fact, fantasy and fanditha still converse regularly to produce the islands’ stories.

The resulting ‘truth’ is often stranger than fiction, but frequently it’s impossible to tell the two apart.

Straight answers, even about relatively recent events, can be very hard to obtain, producing an element of fantasy into all that is past.

An outsider familiar with details and dates to give a semblance of reality (and credibility) to history, can quickly become lost. Asked when an incident happened, the most common explanation will simply be ‘varah kurin’…the Maldivian equivalent of ‘long ago…’.

Often, it is only after picking up additional details from multiple islands, or from people who witnessed events first hand, that reality and fantasy make themselves distinct (almost).

Here are some ‘stories’ we were told while in the southern atolls – none of which could we identify as history or folklore* on first hearing. You can check the extent to which these stories may be true at the bottom of the page…if you really want to:

1 – Fuvahmulah Lagoon: Many years ago, the centre of the Maldives’ largest single-island atoll contained a lagoon, which could be sailed into before huge boulders blocked Diyarehi fannu, leaving only two land-locked kilhi.

2 – The Villingili Bride: Long ago beautiful young woman in the island of Gaafu Alif Villingili was burned alive in her home by spurned admirers, leaving nothing but a golden waist chain (fattarubai) in the smouldering ruins.

3 – The Lime Pits: Varah (varah) kurin, a group of traders from Gaafu Dhaalu Rathafandhoo chanced across some men burning lime between the islands of Gaafu Alif Gemanafushi & Maareha and, after a dispute, were murdered and thrown into the fiery pits.

4 – The Big Match: Once upon a time, a football team travelling from Kondey to Dhevvadhoo in Gaaf Alif were seized by a fanditha curse on the boat, forcing the stricken team to head back and the match to be abandoned.

5 – Huvadhu Island: Way back in the day, an island in Huvadhu – which bore the same name as the atoll itself – was destroyed by local fanditha men seeking to demonstrate their magical prowess.

These tales show that, as the years sprawl into decades, and decades into centuries, living memories are replaced either by written accounts or by rumours. True events will pick up romantic embellishments and fantastic explanations as they are passed down. Without context and care, rather than becoming history, past events – near and far – will be labelled folklore (or worse, propaganda).

Writers and journalists may see little initial reward or appreciation of their efforts today, but they will be thanked by tomorrow’s truth-seekers…if not its story-tellers.

Oh yeah, and about those stories…

1 – Opinion on this is one split. Some accounts suggest the lagoon disappeared over a millenia ago, others just over a century. Thor Heyerdahl felt he may have found evidence of an ancient dock area on Bandhaara kilhi. This may be one of the few stories that a little scientific investigation could clear up.

2 – After being told this story two or three times, with and without additional hauntings thrown in, we met an older resident who claimed to have known the girl in question when he was very young.

3 – Again, this seems to be an example of a semi-historical tale. Notorious crimes from the past last long in the memory, even if the precise details are lost. From what we gathered, these murders took place in the late 1970s.

4 – This one is said to have happened just two years ago, in 2015, as a youth team crossed the lagoon for a match. While some of the symptoms sounded a lot like food-poisoning, those telling the tale have already made their own minds up, and this will probably be the way the story is remembered.

5 – Islands are known to come and go as natural erosion works its magic, but this island – supposedly somewhere between Nadellaa and Madaveli – is said by local historians to have still been clinging on to life during the 20th century. Local fanditha practitioners, and good story-tellers, perhaps saw an opportunity during the final throes of Huvadhu island.

*As always, the best source for a summary of Maldivian folklore and a great collection of tales in English is Xavier Romero-Frias.